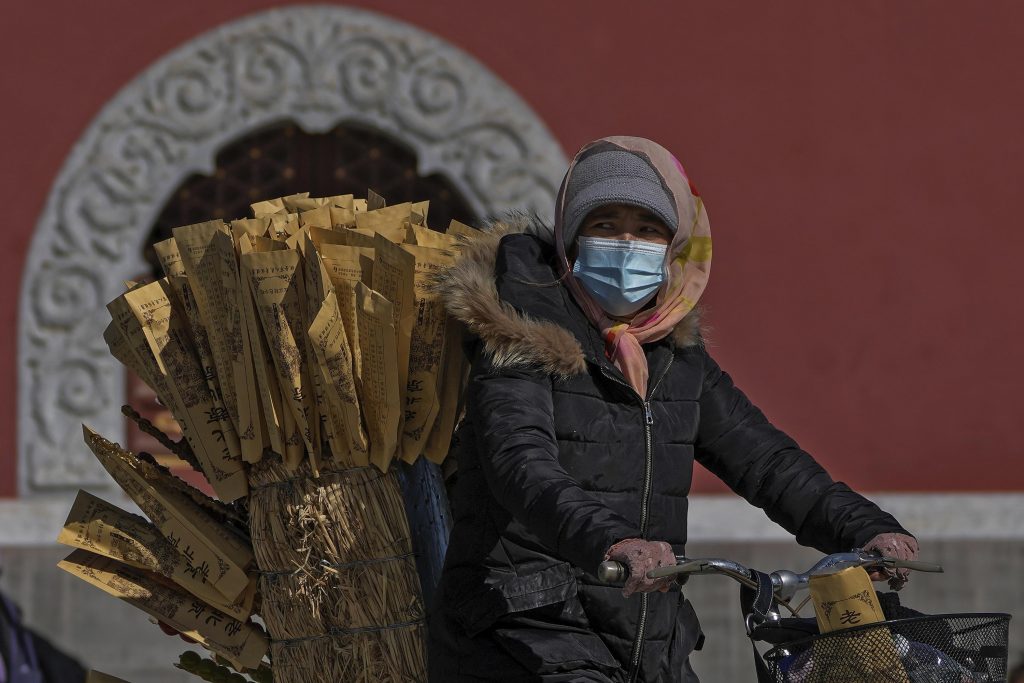 BEIJING (HPD) — Several Chinese cities imposed new lockdowns and travel restrictions after the daily number of new COVID-19 cases tripled during a weeklong holiday ahead of a major Communist Party congress scheduled for the week. who comes in Beijing.

Fenyang, in the northern province of Shanxi, began the new lockdown on Monday after identifying a preliminary positive in tests carried out across the city the day before, according to state broadcaster CCTV.

In the nearby Inner Mongolia region, the capital, Hohhot, announced that the entry of passengers and vehicles from outside would be prohibited from Tuesday. Hohhot has confirmed more than 2,000 cases in about 12 days.

China is one of the few places in the world still resorting to tough measures to prevent the spread of the disease. The Communist Party, which rules the country, is particularly concerned as it tries to present a positive image of the country ahead of the party’s congress, which is held every five years and starts on Sunday.

Travel had been curtailed during the annual National Day celebrations, which began on Oct. 1, after authorities urged people to stay in their cities and provinces. Even so, the number of daily cases rose to about 1,800 from the 600 at the start of the holidays.

Authorities don’t want a major outbreak clouding Congress, but their tough “zero COVID” strategy has taken an economic toll, especially on small businesses and temporary workers. Many in China are confident that the measures will be eased after the party meeting.

Pockets of infection have been reported across the country, the largest in Inner Mongolia and the remote western region of Xinjiang. Both have recorded several hundred new cases a day.

Both Shanghai, where the population endured long lockdowns earlier this year, and the country’s capital, Beijing, have seen small but rising numbers of infections. Two Shanghai districts on Monday announced closures of cinemas and other entertainment venues.

Queuing for a virus test several times a week has become the norm for many Chinese. Beijing and other cities require a negative from the last 72 hours to access parks, office buildings, shops and other public spaces.