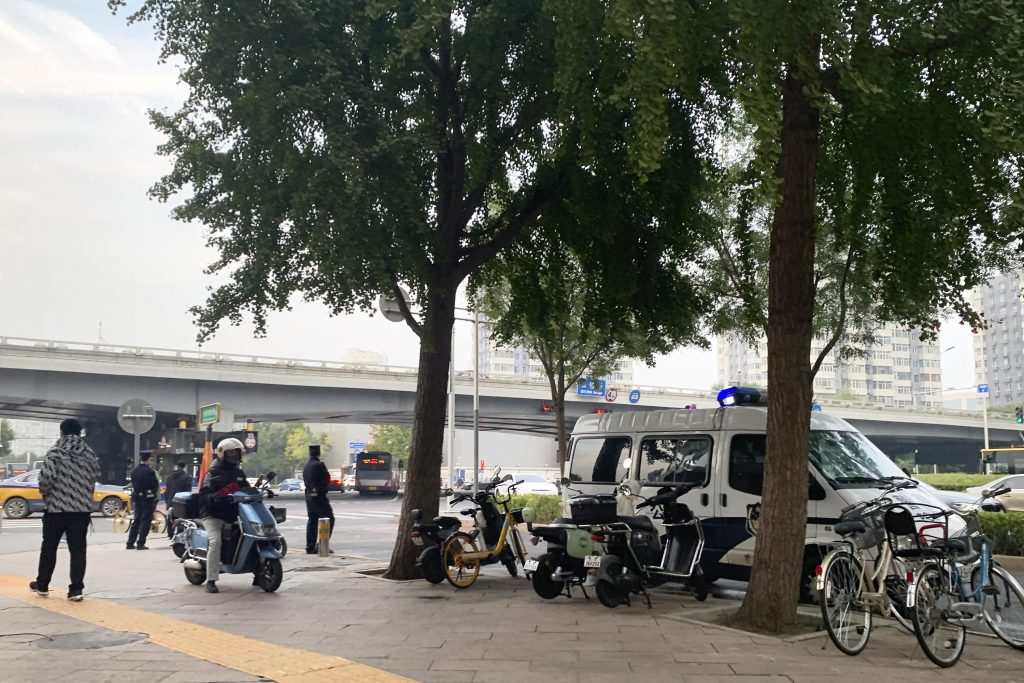 BEIJING (HPD) — Chinese internet censors moved quickly Thursday to delete social media posts, following reports that banners critical of the country’s government had been posted at a busy intersection in the capital, Beijing.

Images on Twitter, which is blocked in China, showed smoke rising from a bridge fire and banners calling for an end to the strict “zero COVID” policy and the ouster of President and Communist Party leader Xi Jinping.

Political protests are unusual in China and police are on alert this week ahead of the opening Sunday of a major Communist Party congress.

Later that day there were no signs hanging from the bridge, although a black fence remained visible in the curved area where the bonfire would have been.

It was unclear who might have hung the banners or when they were put up.

Dozens of police officers gathered at the scene and entered the stores. Sometimes they stopped pedestrians and questioned them. Associated Press journalists were questioned on three occasions and asked to identify themselves. Police denied that anything unusual had happened in the area.

Three shopkeepers also denied seeing any signs, smoke or unusual activity. One woman shook her head without even looking up from her sewing machine.

But a cyclist stopped at a traffic light was heard to say that traffic had stalled in the area in the morning and smoke was billowing from the bridge.

Posts containing the tags Beijing or Haidian were quickly blocked on the popular Chinese platform Weibo. Some of the posts expressed support and praised the courage of an unidentified person, without referring to the incident directly.

Others said on Twitter that their accounts had been temporarily disabled on another major Chinese digital platform, WeChat, after sharing photos of the incident. A song called “Sitong Bridge”, the name of the section of elevated road where the incident would have occurred, was removed from online music platforms.

Xi, who came to power in 2012, is expected to win a third five-year term as party leader at the end of the congress.

His government’s strict measures against the pandemic, which have quarantined millions of people, have sparked small protests and confrontations with the authorities.

China has the world’s largest population of internet users, who go online to shop or seek entertainment despite authorities carefully scrutinizing conversations and cracking down on any criticism of Xi and other party leaders.