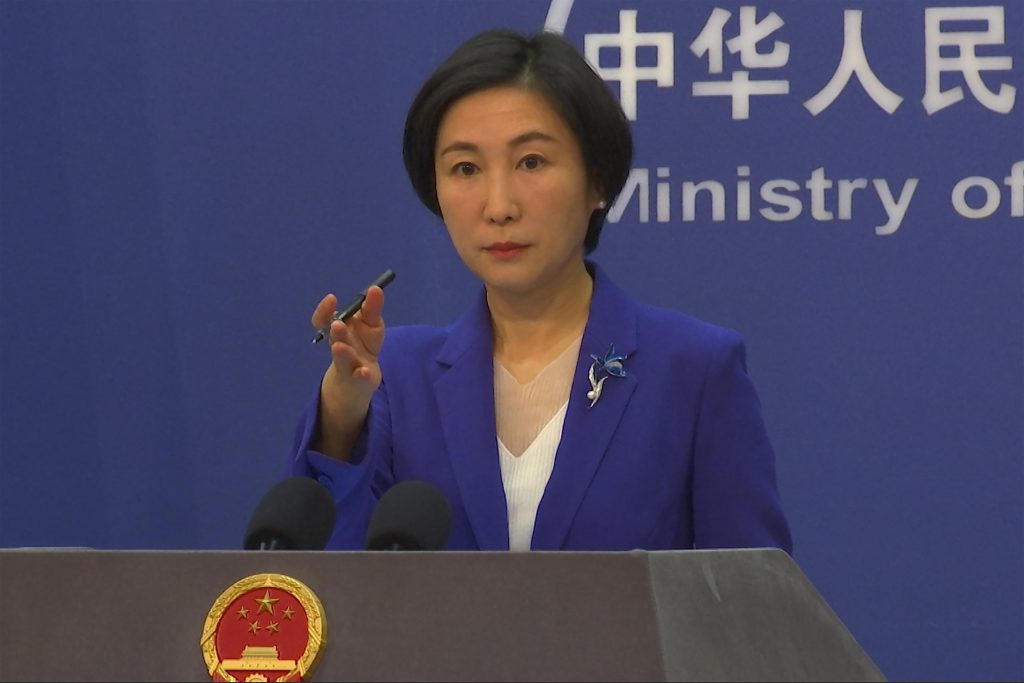 The Foreign Ministry also accused Washington of trade protectionism after Treasury Secretary Janet Yellen said the United States will strengthen its supply chains to defend against “geopolitical coercion” from China, Russia and other countries.

Biden’s document released Wednesday accuses China of “trying to erode America’s alliances” and “create more favorable conditions for its own authoritarian model.” He calls for “beating China in the competition” for political alliances and “global governance,” as well as in business, technology, and the military.

Relations between the two countries are at their most tense in decades due to disputes over technology, security, Taiwan and human rights.

“Cold War thinking and zero-sum games, sensationalism in geopolitical conflicts and great power politics are anti-popular and anti-constructive,” Foreign Ministry spokeswoman Mao Ning said. She urged Washington to accept dialogue with China and “promote relations so that they return to a healthy and stable path.”

The White House document says the United States must “maintain a competitive advantage” over China, which has antagonized Japan, India and other neighbors with an increasingly assertive foreign policy and growing military.

The Belt and Road Initiative, which China funds billions of dollars to build ports, railways and other infrastructure in Asia and Africa, has Washington, Moscow and other capitals fearing that Beijing is trying to build its strategic influence and undermine theirs.