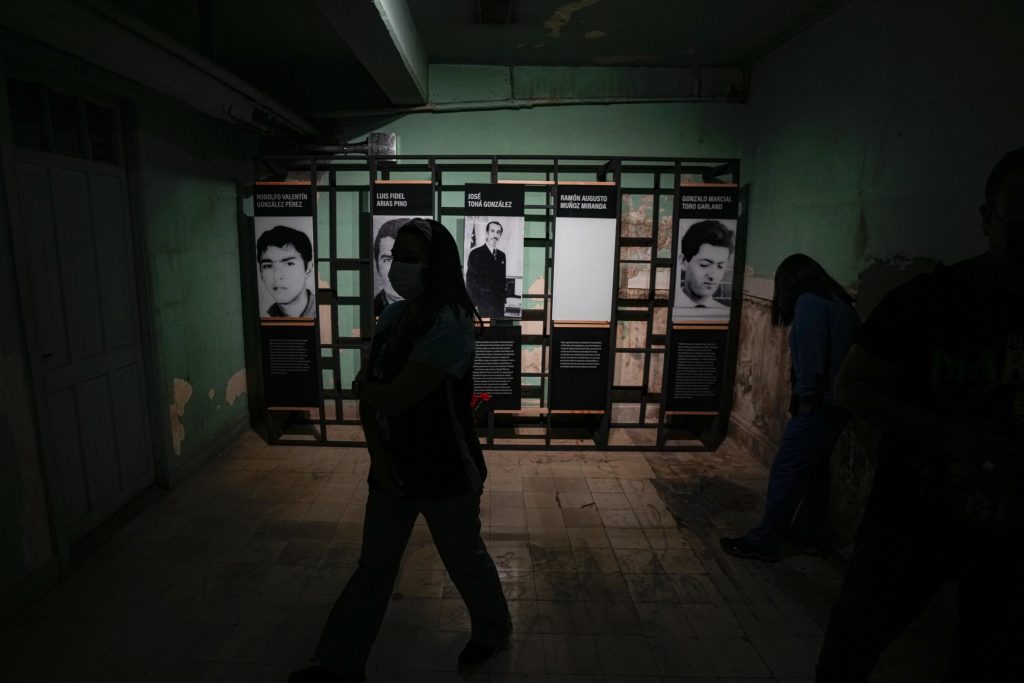 SANTIAGO (HPD) — The voice of a seven-year-old girl guides the journey through the dark corridors of the clandestine detention center where her father was tortured for his political ideas during the last Chilean military dictatorship.

The underground place, which operated in the former Military Hospital of Santiago, was converted on Thursday into a memorial for those detained, tortured and disappeared during the de facto regime from 1973 to 1990.

That girl, who, accompanied by her 8-year-old brother and her father, descended into that hell, is Ximena Canales, now 55 years old and who for the first time was able to return to the space that had been closed to the public until now.

“I was a first-person witness to the events that were committed in this place. We were kidnapped along with my father, now deceased, and my brother,” said Canales in the act in which the place was converted into a place for memory.

“Both of us were locked in the basement while my father and many other detainees were tortured,” he continued. Hearing a shot, he ran unexpectedly and “I saw a recently executed man,” recalled Canales, who for years devoted all his efforts to turning the place into a memorial.

That image “along with those in which they pretended to shoot us, how they played with our lives, were recorded with blood in my soul” like the blood of the executed man whom he called Manuel. “For me he is not a NN”, assured the woman who went through severe depression and post-traumatic sequelae that ended up also affecting her children.

The former Military Hospital, now Metropolitan Hospital located in the heart of Santiago, was used as a detention and torture center by the army between 1973 and 1974 and dictator Augusto Pinochet died in that same place in 2006.

“Illegal detention, kidnapping, torture, exile, exile, extreme poverty, hunger, profound uprooting” is what many Chileans went through at that time, said Canales, who asked the government of leftist Gabriel Boric to reopen the pending cases.

Pinochet’s dictatorship left an official toll of 40,018 victims, including 3,065 murdered opponents and just over a thousand disappeared. Just under 200 people -most of them ex-soldiers- have served sentences for human rights violations and hundreds of others are facing trial for these crimes.

Since the return of democracy in 1990, only the remains of some 150 disappeared persons have been found, and judicial investigations have confirmed that an undetermined number of opponents of the dictatorship were thrown into the sea.

Boric’s government has expressed its commitment to condemning the human rights violations committed throughout the ages in Chile.

“The last time I entered this room was February 6, 1974. It was my father’s birthday, when we were authorized to visit him. He died on March 15 of that same year, five weeks later,” said Interior Minister Carolina Tohá, whose father José Tohá was also Interior Minister during the government of ousted President Salvador Allende.

Several photos of José Tohá were exhibited in the hospital, the first health institution that acknowledged having housed a torture center.

“There is something in the places that absorb the memory of what happened in their precincts,” explained the minister amid the candles that evoked those who lost their lives there. “I personally feel this as a reparation,” she said.