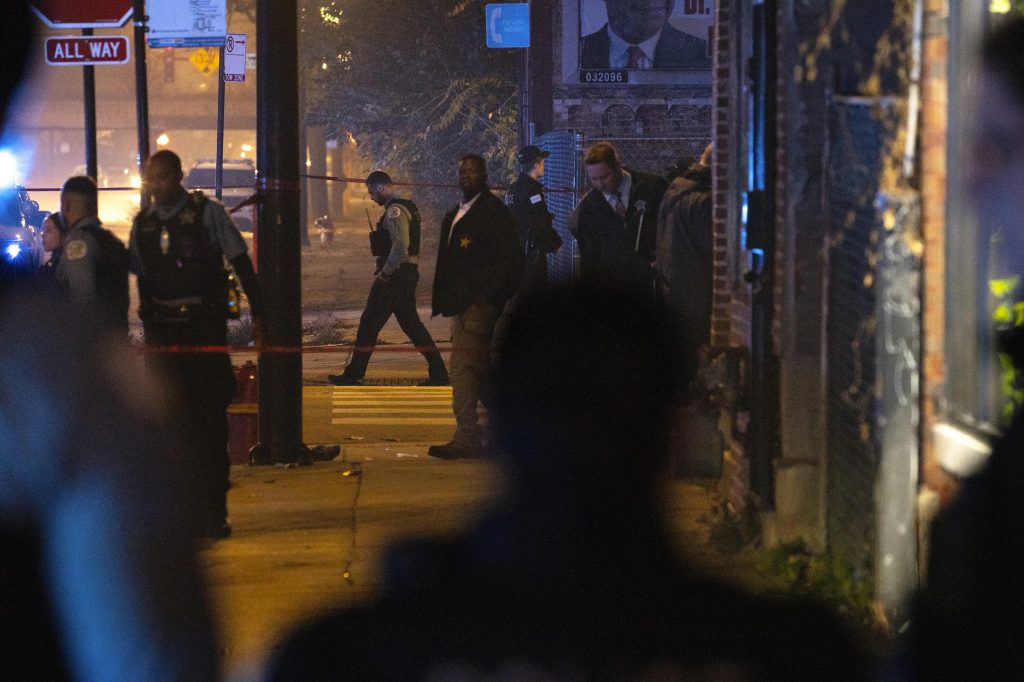 CHICAGO (HPD) — About 15 people, including three children, were injured in shots fired from a moving vehicle on Halloween night into a crowd on a Chicago street corner, police said Tuesday.

Police Chief David Brown said the children injured are 3, 11 and 13 years old. The other victims on Monday night are adults between the ages of 30 and 60.

Additionally, a woman fleeing the scene was struck by a vehicle while crossing in traffic, police said. She was hospitalized and her condition was good.

Firefighters dispatched a dozen ambulances to the scene of the shooting in the Garfield Park neighborhood. Brown said the condition of the victims was good to critical. No deaths were initially reported, and police expected to take statements from the victims after they received medical treatment.

The shooting began around 9:30 pm and lasted for a few seconds. Police surveillance cameras captured the scene, which investigators are studying.

Investigators were trying to figure out a motive and get a description of the vehicle and the assailants, Brown said. There were no arrests.

Brown said there was no known conflict in the corner Monday night. He added that there were large groups of people on the corner, which is a regular gathering place for neighbors, some of whom were apparently attending a wake.