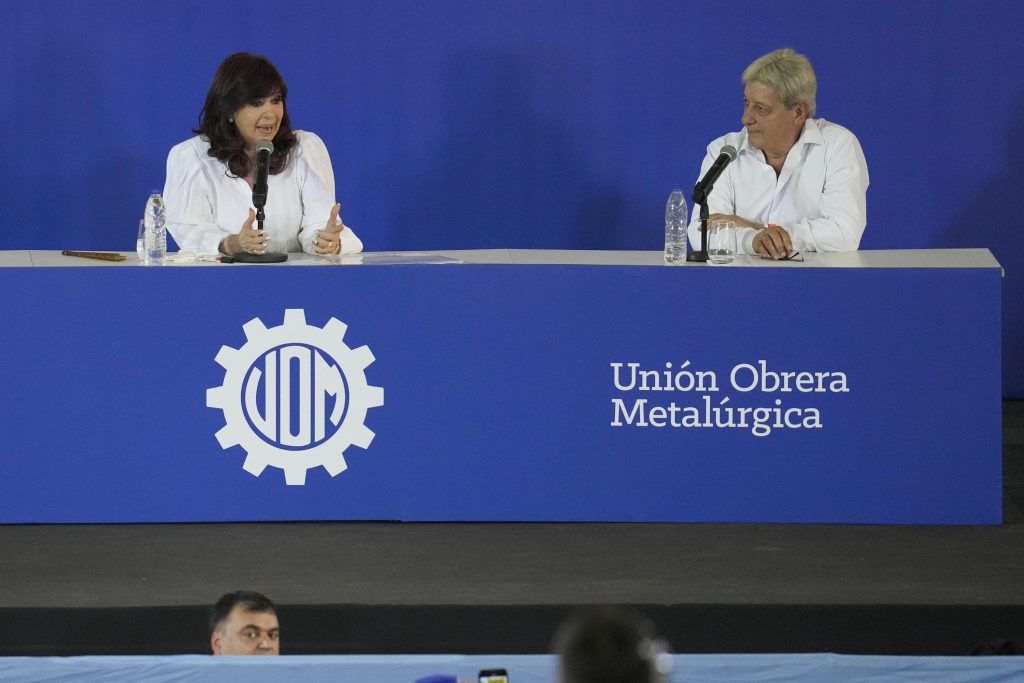 BUENOS AIRES (HPD) — Argentine Vice President Cristina Fernández de Kirchner left the door open to an eventual presidential candidacy in the 2023 general election, saying Friday that “I will do what I have to do to restore the joy of our people.” .

The also former president (2007-2015) led the first political act in Buenos Aires since the failed assassination attempt against her on September 1. A man mixed with her followers fired a loaded gun at her head twice in front of her home, but the bullets did not come out.

In the midst of great expectations about her political future in the countdown to the general elections of October 2023 and with the attendees chanting “Cristina president!”, the center-left leader stated that “they know what I am going to do, as always, what has to be done to ensure that our people, our society, can organize itself in a country project that will once again recover the illusion, strength and joy of our people”.

Although he did not confirm a nomination for next year, at the end of his almost 40-minute speech, he stressed that during his two presidencies “we were a happy people… let’s go back to recover that joy that we once had. The joy that the salary was enough, the joy of going to work, the joy of knowing that there was a future, we Argentines deserve that joy.”

From various sectors of the governing Front of All, the candidacy of the vice president is promoted, considering her the only one capable of preventing an opposition victory in 2023, as the polls predict amid inflation that this year will be around 100%.

While President Alberto Fernández did not rule out seeking reelection, the mayor of Buenos Aires, Horacio Rodríguez Larreta, and the president of the Republican Proposal (PRO) party, Patricia Bullrich, have already launched themselves on the opposition front. While former conservative president Mauricio Macri (2015-2019) admitted that he is considering running for election.