Skip to content
Home » Center for studies: Russia withdraws its officers from Jershon 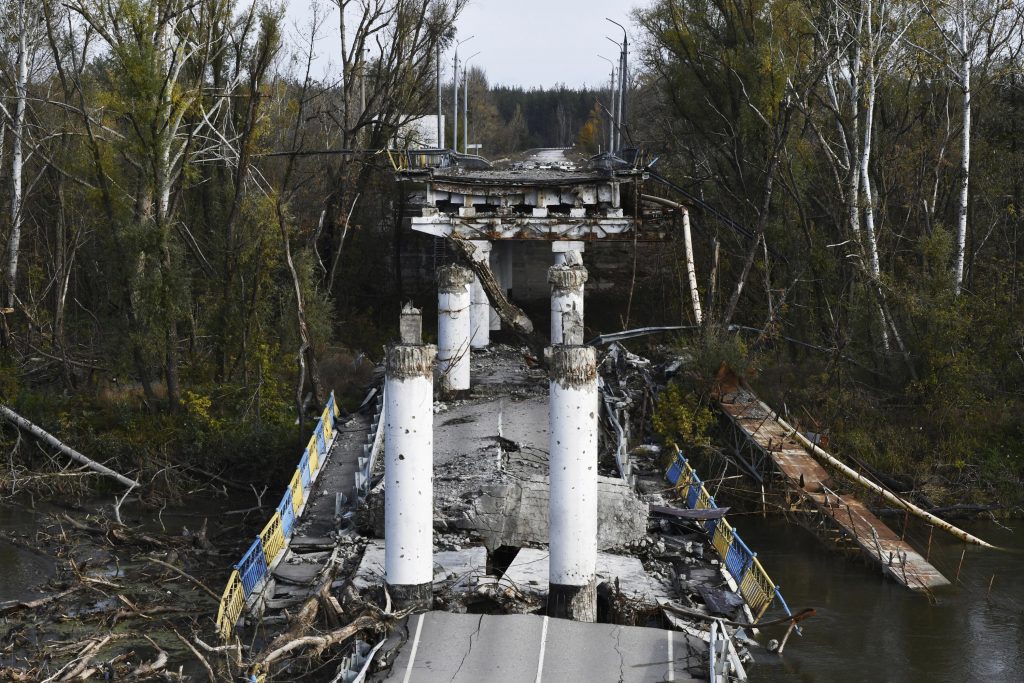 kyiv, Ukraine (HPD) — The Russian military has withdrawn its officers from the annexed city of Kherson and moved them across the Dnieper River in anticipation of a Ukrainian advance, the Institute for the Study of War said Sunday. a Washington-based think tank.

Moscow has left newly mobilized and inexperienced troops across the wide river to delay the Ukrainian counteroffensive while it completes its withdrawal, the group added.

The troop movements were made as the Ukrainian army reported that its counter-offensives were continuing in the Kherson and Zaporizhia regions.

The Russian-installed authorities in Kherson on Saturday ordered the entire population to leave immediately in the face of planned actions by Ukrainian troops to retake the city.

Kherson has been in Russian hands since the early days of the war in Ukraine, which began eight months ago. The city is the capital of the region of the same name, one of four that Russian President Vladimir Putin illegally annexed last month and placed under Russian martial law on Thursday.

Ukrainian forces on Friday shelled Russian positions across the province and targeted pro-Russian forces’ supply routes across the Dnieper River as they prepared an offensive to reclaim the city.

The ISW added that Russia’s new strategy of attacking power plants in recent days appeared to be aimed at reducing Ukraine’s willingness to fight and forcing the kyiv government to devote additional resources to protecting civilians and energy infrastructure. The think tank considered it unlikely that the campaign would damage Ukrainian morale, although it estimated that it would have a considerable economic impact.

The Ukrainian military said on Sunday that Russian forces were mostly on the defensive, though they were continuing to attack Ukraine’s energy grid and several towns in the eastern Donbas region.

Nine regions of Ukraine, from Odessa in the southeast to Kharkiv in the northeast, have seen attacks on energy facilities and other critical infrastructure in the past day, according to the Ukrainian General Staff. In total, 25 Russian airstrikes and more than 100 missile and artillery strikes were reported across Ukraine.

In turn, Ukrainian forces participating in the counteroffensive in Kherson and Zaporizhia attacked facilities controlled by Russia, especially in the town of Nova Kakhova, carrying out 17 airstrikes in total, according to the Ukrainian General Staff.

In a Telegram post, the Ukrainian military claimed on Sunday that it had destroyed 14 Iranian-made drones over the last day.

Russian S-300 missiles struck a residential neighborhood in the city of Mykolaiv overnight, wounding three people, according to the southern Ukrainian military command. Two apartment buildings, a playground and a warehouse were damaged or destroyed, it said on Facebook. The reports could not be immediately verified.

Meanwhile, the veteran head of a major aircraft engine factory has been arrested and charged with collaborating with Russia by providing military equipment for Russian attack aircraft, the Ukrainian security service announced.

Viacheslav Bohuslaiev, president of the Motor Sich plant in Zaporizhia, and another factory manager were charged with collaborationism and “assistance to the aggressor state”.

Both were accused of colluding with a Russian arms manufacturer close to the Kremlin to supply Ukrainian-made parts and engines to Russian forces, the Ukrainian security service SBU said. The agency described a complex mechanism with intermediaries in three countries to circumvent sanctions against Russia.

Motor Sich is one of the leading Ukrainian manufacturers and has been a major supplier of aircraft engines since the Soviet era. Its facilities have suffered repeated Russian attacks during the war. Motor Sich engines were used to equip Russian helicopters before deliveries were halted following Russia’s annexation of Ukraine’s Crimean Peninsula in 2014.