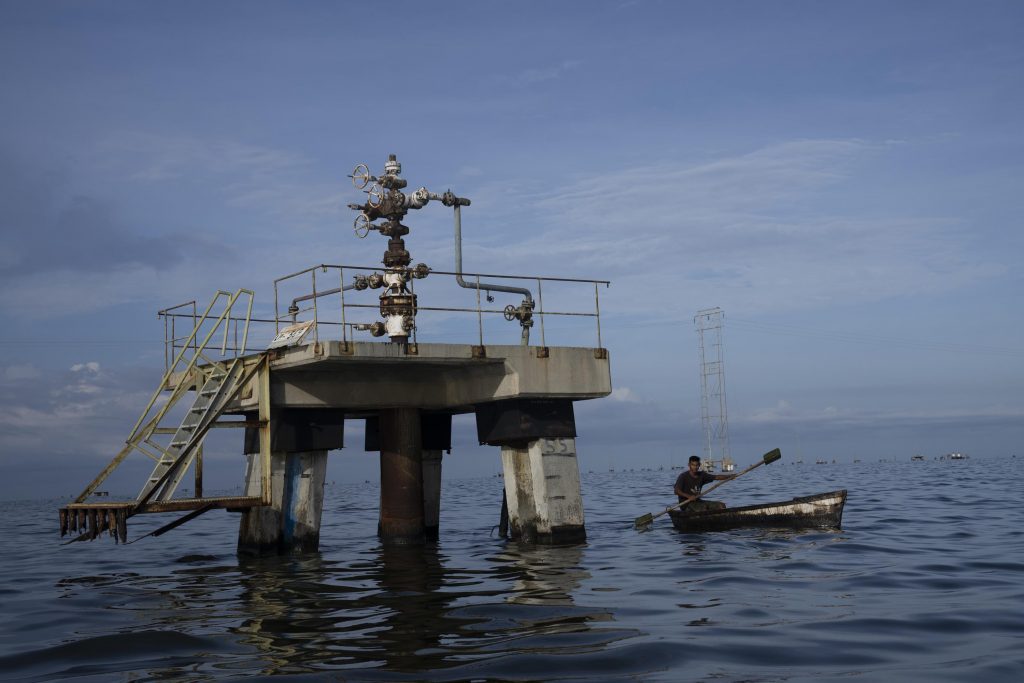 MIAMI (HPD) — It was an agreement that brought together oligarchs from some of the United States’ main adversaries.

“The key is cash,” the oil broker wrote in a text message, offering a deep discount on shipments of Venezuelan crude to an associate who claimed to be a figurehead for the owner of Russia’s largest aluminum company. “As soon as they have the cash ready, we can get to work.”

The messages were included in a 49-page indictment unsealed Wednesday in New York federal court charging seven people with alleged conspiracy to buy sensitive US military technology, smuggle oil and launder tens of millions of dollars in oil. name of rich Russian businessmen.

The frank conversation between the defendants reads like a guide on how to get around Washington’s sanctions, which include shell companies in Hong Kong, large cash deliveries, ghost oil tankers and the use of cryptocurrencies to hide illicit transactions in the country.

The case also sheds light on how insiders in Russia and its ally Venezuela, both excluded from the Western financial system, are making common cause to protect their enormous fortunes.

At the center of the alleged conspiracy are two Russians: Yury Orekhov, who worked for a US-sanctioned publicly traded aluminum company, and Artem Uss, the son of a wealthy Kremlin-allied governor.

The two are partners in an industrial equipment and raw materials sales company based in Hamburg, Germany. According to the prosecution, the company was a means to circumvent US sanctions imposed against Russian elites after the invasion of the Crimean peninsula in 2014. The two were arrested in Germany and Italy, respectively, on charges filed in the United States, including conspiracy to violate sanctions, money laundering, and bank fraud.

At the other end of the deal was Juan Fernando Serrano, the CEO of a commodities trading startup called Treseus, with offices in Dubai, Italy and his native Spain. His whereabouts are unknown.

In their electronic communications last year, all parties boasted of having connections to powerful people.

“This is our parent company,” Orehkov wrote to Serrano, adding a link to the aluminum firm’s website and another to its owner’s Wikipedia page. “It is also sanctioned. That is why we act from this company”.

Not to be outdone, Serrano replied that his partner was also affected by the sanctions.

“He is one of the influential people in Venezuela. Super close to the vice president, ”he indicated, adding a link that showed the search results of a Venezuelan lawyer and businessman claimed by the United States on charges of alleged money laundering and bribery.

None of the alleged partners was accused in this process nor was he identified by name in the court document. Furthermore, it was unclear what kind of relationship, if any, existed between Serrano and the Venezuelan adviser he cited.

But the description of the Russian billionaire is consistent with that of Oleg Deripaska, who was charged in another sanctions case in New York last month. Some of the proceeds he allegedly diverted to the United States went to an Uzbek Olympian who gave birth there.

The Venezuelan is media tycoon Raúl Gorrín, according to a person close to US security forces who spoke on condition of anonymity because the investigation remains open. Gorrín is still in Venezuela and is on the list of most wanted people of the United States Immigration and Customs Enforcement Service (ICE) for allegedly plotting a plan to divert 1,200 million dollars from the state oil company Venezuelan, PDVSA.

A US attorney for Deripaska did not immediately respond to a request for comment. For his part, Gorrín did not want to make any statements, but he has rejected other criminal charges against him on the grounds that they are politically motivated.

Although Washington’s sanctions on Venezuelan oil apply only to Americans, many foreigners and people with businesses in the country steer clear of dealings with the OPEC nation for fear of being punished.

That is why Venezuelan oil is being sold at a deep discount — almost 40% off the market price — according to the indictment. But these terms require some unorthodox maneuvering.

For example, instead of transferring funds instantly through Western banks, payments follow a more roundabout route.

In one of the transactions cited in the indictment this year — the purchase of an oil tanker full of Venezuelan crude for $33 million — the alleged co-conspirators spoke of funneling payments from a Dubai shell company called Melissa Trade to fictitious accounts. in Hong Kong, Australia and England. To conceal the operation, documents describing the cargo as “whole green peas” and “paddy rice” were allegedly falsified.

But as often happens in clandestine transactions, cash seems to be the main option.

“Your people can go directly to PDVSA with one of my employees and pay them directly. There are 550,000 barrels (…) to load on Monday,” Serrano wrote to Orekhov in a message in November 2021.

Also discussed was the entry of millions in cash into a bank in Moscow, Evrofinance Mosnarbank, which is owned by PDVSA. It was an important conduit for trade with Russia until it was sanctioned by Washington in 2019. The two defendants also contemplated a possible mirror transaction whereby cash deposited in a bank in Panama would be paid later that day at a branch of the entity. finance company in the Venezuelan capital, Caracas.

But Orekhov’s preferred payment method seemed to be Tether, a cryptocurrency that claims to be pegged to more stable currencies like the US dollar.

“It’s faster than a wire transfer,” Orekhov said of the possible purchase of 500,000 barrels of oil valued at $17 million. “This is why everyone does it now. It’s comfortable and fast.”

But not only financial transactions pose a challenge. The delivery of crude also carries risks because most merchants and insurers do not want to do business with Venezuela or other sanctioned entities. In recent years, the US government has seized several tankers that were supposed to be carrying oil from Iran to the South American nation.

To mask the origin of the oil, Orekhov and Serrano spoke of ordering the Vietnamese tanker they were using to turn off the mandatory tracking system to avoid detection while loading at “Disneyland,” a code reference to Venezuela.

Although the ship is not identified by name in the indictment, internal PDVSA shipping documents seen by The Associated Press show that it was the Melogy, a two-decade-old tanker operated by a Hanoi-based company, Thang Long. Gas Co.

Tracking data from the tanker collected by Marine Traffic shows that the Melogy “shut down” on December 31, 2021 as it passed, empty and adrift, off the Venezuelan front near Trinidad and Tobago. Almost four months later, on April 18, she resumed broadcasting fully loaded and headed for Asia.

On June 9, the ship transferred its cargo at sea to a storage vessel, the Harmony Star, off the coast of Malaysia, according to satellite images. That same ship was identified as part of a larger network smuggling oil to help Iran, according to an investigation by United Against Nuclear Iran, a New York-based group that closely tracks crude shipments from sanctioned countries.