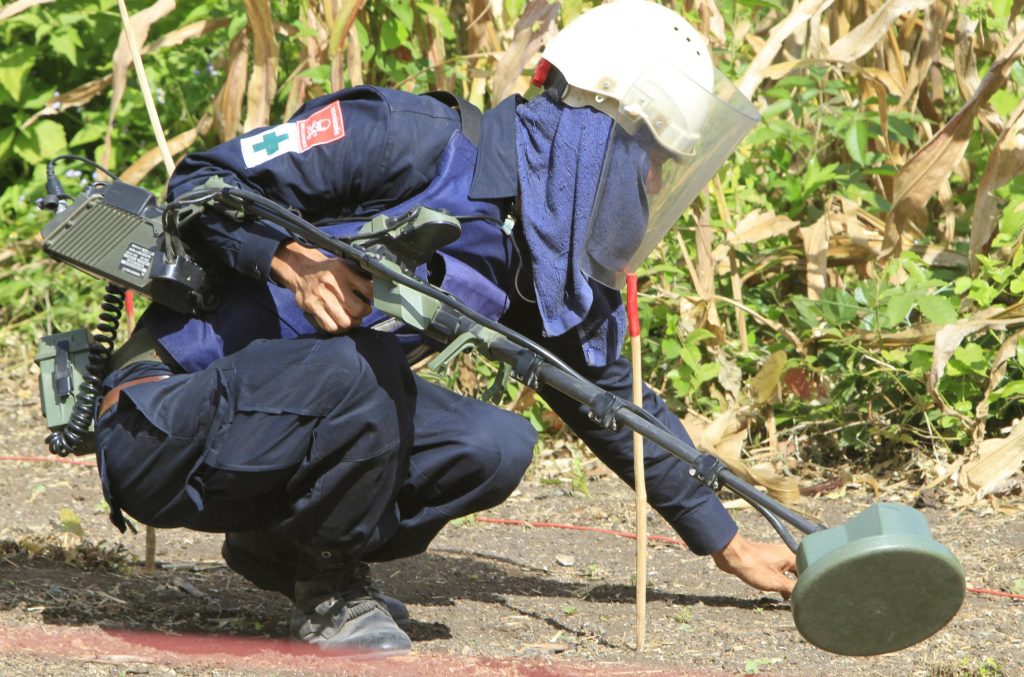 Cambodian Prime Minister Hun Sen announced the deal, along with Japan, during a telephone conversation with Ukrainian President Volodymyr Zelenskyy on Tuesday, the Cambodian Foreign Ministry said in a statement on Wednesday.

Cambodia became one of the most heavily mined countries in the world during the nearly three decades of war that ended in 1998, posing great danger to civilians, especially in rural areas. Since then, large numbers of mines and unexploded explosives have been removed and destroyed, greatly reducing the number of casualties.

Cambodian deminers today are among the most experienced in the world, and in the past decade thousands of them have been deployed to Africa and the Middle East under UN auspices.

Heng Ratana, director general of the Cambodian Demining Center, reported on Facebook that, after consultations with Japanese experts, his agency will send a first team to Ukraine in early December and another early next year.

Zelenskyy welcomed the help and he and Hun Sen agreed to exchange ambassadors, the ministry statement added.

Other countries, including the United States and Germany, have already provided Ukraine with demining assistance.

Unusually for a country that usually sides with former socialist bloc members like Russia and China, Hun Sen has condemned Russia’s invasion of Ukraine, stating that “Cambodia will always be against the invasion of one country by another.”

Cambodia was one of nearly 100 UN members to co-sponsor a resolution condemning Russia’s invasion of Ukraine. Two Cambodian neighbors who were formerly members of the socialist bloc, Vietnam and Laos, abstained.

Hun Sen recently condemned Russia’s annexation of Ukrainian territory and, according to the ministry statement, expressed concern about the recent attacks on kyiv and other Ukrainian cities.