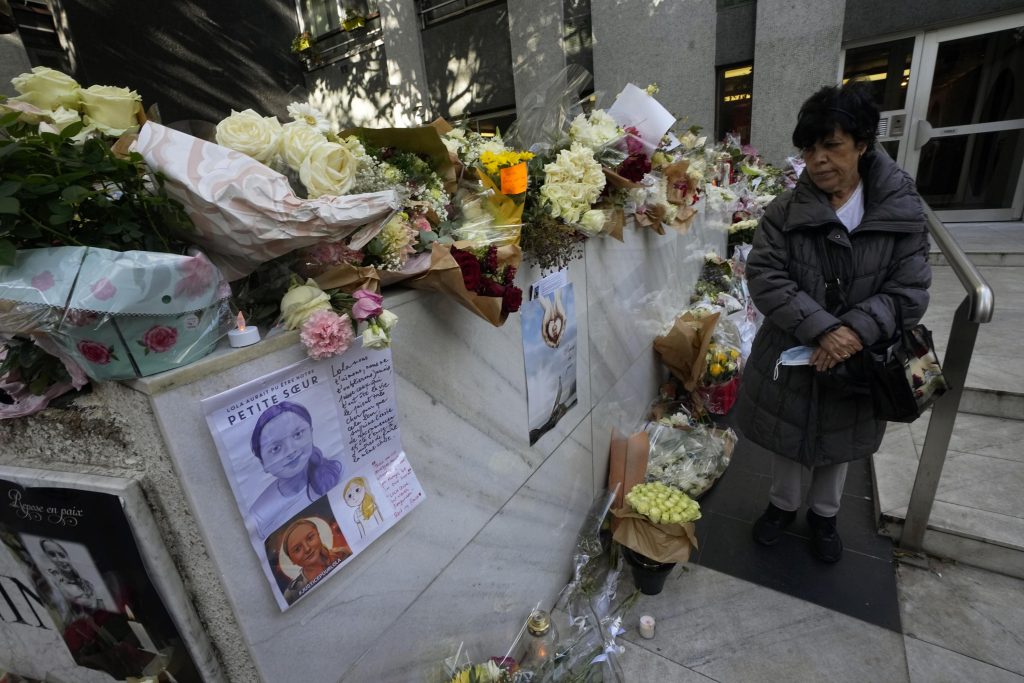 PARIS (HPD) — The murder of a 12-year-old girl whose body was found inside a plastic box in the courtyard of a Paris building has left France “deeply shocked,” a government spokesman said Wednesday.

A 24-year-old woman who was arrested on Saturday in a northeastern suburb of the capital is in custody on charges of murder and rape of a minor, torture, barbaric acts and concealment of a body, the Paris prosecutor’s office said on Monday. A 43-year-old man is also in custody, accused of helping to hide the girl’s body.

The murder of the minor, identified by the local press only as Lola, has unleashed a fierce political debate after it was learned that the main suspect is an immigrant who remained in the country despite having a deportation order.

The autopsy showed that the girl died of “cardiorespiratory failure with signs of suffocation and cervical compression,” reported the Paris prosecutor’s office. The coroner’s report also cited injuries to the face, back and neck and injuries consistent with sexual assault.

The girl died on Friday and her body was found that night in the courtyard of the building where she lived with her family.

“We are deeply shocked at the horror and pain,” French government spokesman Olivier Veran told a news conference.

The girl’s father reported his daughter missing Friday afternoon after she didn’t come home from school. He works as a janitor in the building and used security camera footage to track the girl’s movements.

The father reported that his daughter entered the building with an unknown woman who then appeared alone in a hallway on her way out, carrying what appeared to be a heavy suitcase, according to the prosecutor’s statement.

Paris Mayor Anne Hidalgo and Education Minister Pap Ndiaye visited the girl’s school and a team of psychologists was dispatched to offer support to students and parents.

President Emmanuel Macron received the minor’s parents at the Elysee Palace on Tuesday and expressed his condolences and support.

The president’s political rivals lashed out at the administration, blaming its immigration policies for the tragedy. The local press reported that the suspected woman is an immigrant from Algeria who was living without legal permission in France.