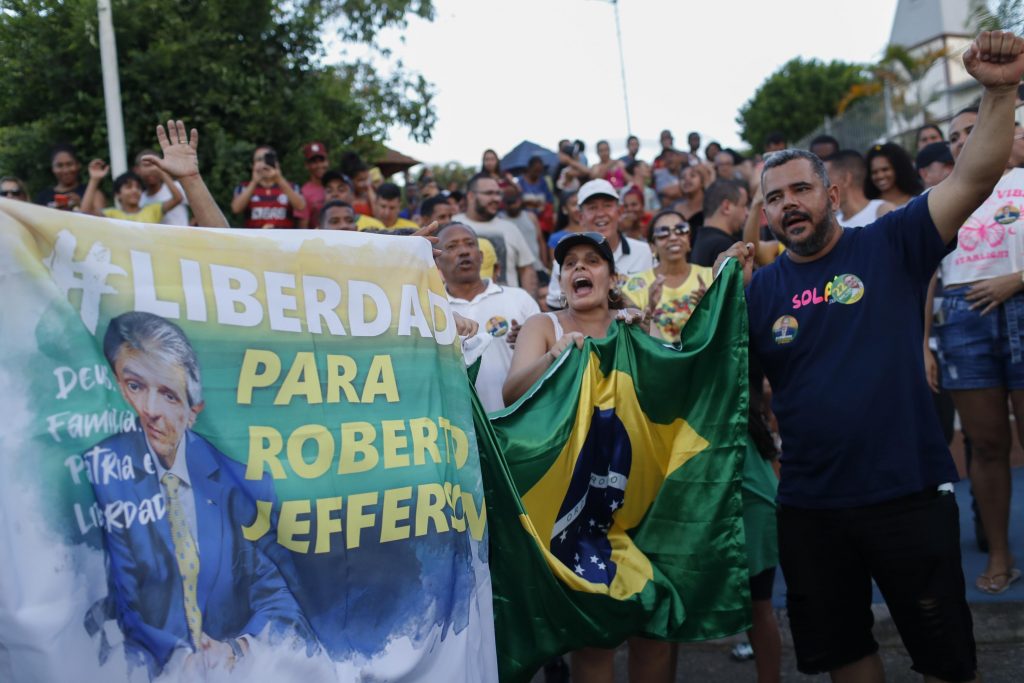 Jefferson, an ally of President Jair Bolsonaro, fired a rifle and threw a grenade at the police, wounding two agents in the rural municipality of Comendador Levy Gasparian, in the state of Rio de Janeiro. He sent a WhatsApp video message to his supporters, in which he said he refused to surrender, even though he was in detention by night.

It was surprising even for Brazilians, who are increasingly accustomed to right-wing politicians and activists disrespecting the judges of the Federal Supreme Court, and it comes just a few days before the second round of the elections. presidential.

The Federal Supreme Court has tried to control the spread of disinformation and anti-democratic rhetoric ahead of the October 30 elections, which has often sparked the anger of Bolsonaro supporters, who consider it to be acts of censorship. As part of those attempts, Jefferson was placed on remand for threatening judges.

In January, the former legislator was allowed to serve his preventive arrest at home, as long as he met certain conditions. Judge Alexandre de Moraes said in a decision published Sunday that Jefferson has repeatedly violated those terms — most recently by using social media to compare a judge to a prostitute — and ordered him sent back to prison.

“I didn’t shoot anyone to hit him. To nobody. I fired towards their vehicle and close to them. There were four of them, they ran, I said: ‘Get out because I’m coming for you,'” Jefferson narrated in the video. “I am setting my example, I am planting my seed: Resist oppression, resist tyranny. God bless Brazil.”

Federal police later said in a separate statement that Jefferson was also arrested for attempted murder.

Bolsonaro was quick to criticize his ally during a live broadcast on social media. He condemned Jefferson’s statements against the US Supreme Court justices, including the threats and insults that led to his initial arrest, and Sunday’s attack. He also tried to distance himself from the former legislator.

“There is not a single photo in which we are together,” the president declared. Quickly, his opponents published several photos on social networks in which they are seen together.

Bolsonaro also indicated that he sent Judge Anderson Torres to the scene of the incident, without giving details of what he would do there.

Bolsonaro supporters had mixed reactions. Through social networks, some praised Jefferson as a hero who stood up to the highest court. Dozens of people showed up at his residence to show their support for him while the former legislator remained entrenched. They shouted slogans and held up a banner reading: “Free Robert Jefferson.”

Former President Luiz Inacio Lula da Silva, who is seeking a return to office, told reporters in Sao Paulo that Jefferson “does not behave properly. It’s not normal behavior.”

This year, the Federal Supreme Court found legislator Daniel Silveira guilty of inciting to commit physical attacks against the judges of that court and other authorities. Bolsonaro was quick to pardon Silveira, who appeared alongside the president after participating in the first round of elections on October 2.

“Brazil is terrified to see events like this, this Sunday was the height of absurdity,” tweeted Arthur Lira, president of the lower house of Congress and an ally of Bolsonaro. “We will not tolerate pushback or attacks on our democracy.”