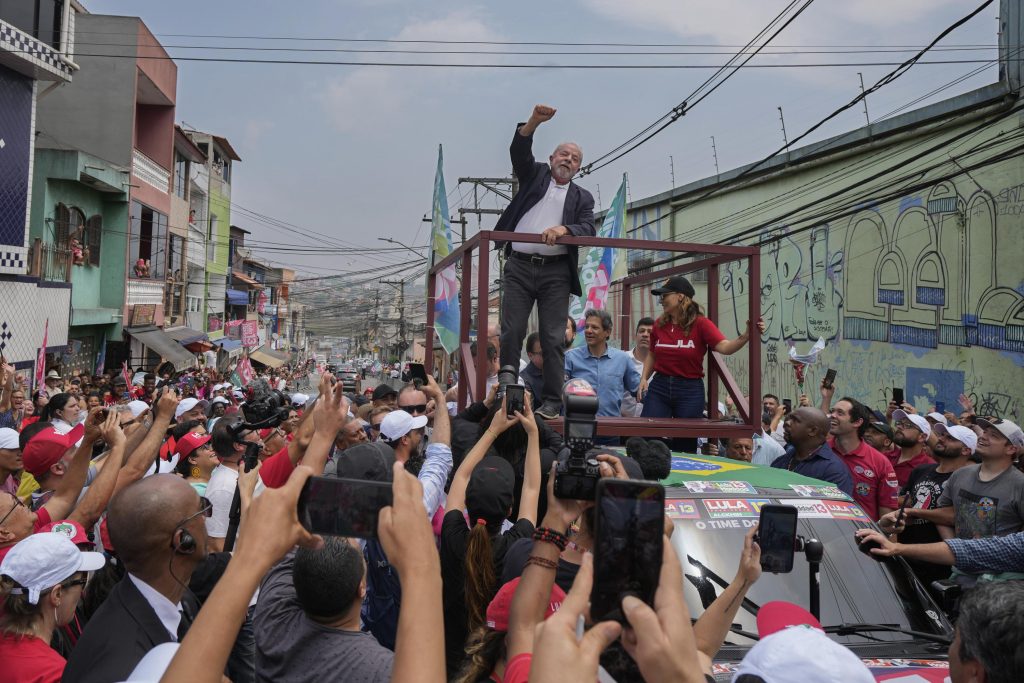 RIO DE JANEIRO (HPD) — A campaign event for a Sao Paulo gubernatorial candidate in a sprawling favela was brought to an abrupt halt Monday when gunshots rang out.

Paraisopolis is one of the largest favelas or slums in Brazil. Videos of the moment broadcast by the local press showed the journalists and candidate Tarcísio Gomes de Freitas crouching under the windows.

Sao Paulo Governor Rodrigo Garcia said in a statement that he had ordered an investigation.

Osvaldo Nico, chief of the state police, told a news conference that there was a shooting in the region and one person was killed, but that the incident was not related to De Freitas’ visit.

De Freitas posted on Twitter that the shooting was an attack by “criminals.”

Sao Paulo is the most populous state and the country’s main economic engine, which makes the governor’s race so relevant. But this year there is more attention as the competition is seen as a showcase of the presidential contest between President Jair Bolsonaro and former President Luiz Inácio Lula da Silva.

De Freitas was Bolsonaro’s infrastructure minister until he resigned to run for governor. He is running against leftist Fernando Haddad, a staunch Lula ally who ran against Bolsonaro in 2018.

If elected, De Freitas has said he will reverse a recent policy of equipping Sao Paulo police officers with body cameras, claiming the devices prevent them from doing their jobs. Analysts say the cameras provide much-needed transparency, and since their implementation last year, killings by police have dropped.

The issue of security played a central role in the 2018 presidential election, when then-candidate Bolsonaro pledged to give police permission to use deadly force.

Paraisópolis is controlled by the most powerful criminal gang in Brazil, known as the First Command of the Capital.

In a debate on Sunday night, Bolsonaro accused Lula of meeting with criminals last week when he visited the Alemao favela complex in Rio de Janeiro. The former president countered that the poor favela residents who attended his rally were honest workers.