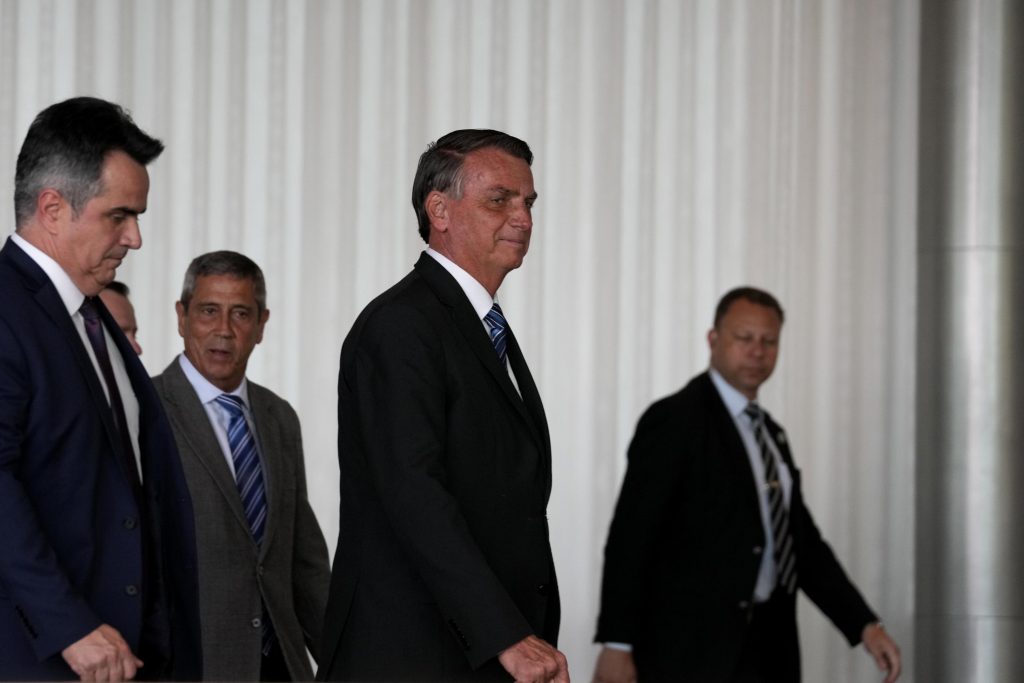 SAO PAULO (HPD) — The government of Brazilian President Jair Bolsonaro has signaled its willingness to relinquish power, two days after his narrow electoral loss to leftist Luiz Inácio Lula da Silva and amid speculation the far-right leader could contest the result.

Bolsonaro reportedly told members of the Federal Supreme Court on Tuesday that his electoral battle against Lula, as the former president is popularly known, had come to an end. Earlier in the day, in a brief speech from the presidential palace, he indicated that “I have always played within the four lines of the Constitution,” although he stopped short of acknowledging his defeat in the runoff.

After a private meeting with Bolsonaro, high court judge Luiz Edson Fachin noted that the conservative leader had said that “It’s over. Let’s look forward.” The magistrate made the statements in a video broadcast by local media.

When asked by journalists, two other court judges refused to make any statements about the meeting, which lasted an hour. Economy Minister Paulo Guedes was also present, but did not comment on the matter.

In a subsequent statement, the Federal Supreme Court said that the judges told Bolsonaro during the “cordial and respectful meeting” that it is important that he recognize the result of the ballot, as well as the right of the Brazilian people to freedom of movement. The country is paralyzed in part due to roadblocks by supporters of the president.

Earlier in the day, in his first public statements since the results were announced, Bolsonaro did not concede defeat, but immediately afterward his chief of staff told reporters that he had authorized him to begin the process of handing over power.

Bolsonaro, who before the elections had repeatedly questioned the reliability of the Brazilian electoral system, had little room for a possible rejection of the results.

US President Joe Biden and other international leaders have publicly acknowledged Lula’s victory, as have many of Bolsonaro’s closest allies. And members of the government, elected governors and evangelical leaders who had been staunch supporters of the president, approached the next leftist president.

Bolsonaro lost Sunday’s ballot by a narrow margin: he won 49.1% of the vote to Lula’s 50.9%, according to the national electoral authority. It was the closest presidential race since democracy was restored to the country in 1985, and it is the first time that Bolsonaro has lost an election in his 34-year political career.

Flanked by more than a dozen ministers and allies during a two-minute speech from the presidential residence, the leader did not mention the election results. Instead, he defended his government and said he backed the protests by truckers who put up roadblocks across the country, as long as they don’t turn violent.

“The current popular movements are the result of indignation and a sense of injustice regarding how the electoral process took place,” he said.

The president’s statement was a “double-edged sword,” according to Thomas Traumann, an independent political analyst. “He did not recognize his defeat, and he maintains the suspense (…) But since he wants to continue to dominate, to be a leader, he maintains the possibility of peaceful demonstrations.”

Like former US President Donald Trump, whom he openly admires, Bolsonaro claimed that electronic voting machines are prone to fraud, but did not provide evidence to support his claim, even when ordered to do so by the electoral court.

Many of his supporters also claimed that the elections had been fraudulent and some called for military intervention and the dissolution of Congress and the Federal Supreme Court.

The high court had previously ordered the federal highway police to immediately clear the roads.

Most of the court’s judges backed the decision, which accuses the security forces of “omission and inertia.” As of 8:30 p.m. that night, highway police said they had removed 419 roadblocks, but nearly 200 more were still up.

Hours earlier, in Sao Paulo, the most populous state and the largest economy in Brazil, traffic jams near the international airport caused the cancellation of dozens of flights. Videos circulated on social networks of travelers walking with their suitcases in the middle of the night on the highway to try to get to their flights. Roads were opened on Tuesday morning, but airport officials said access remained difficult as there were still traffic jams at entrances and exits.

There, Dalmir Almeida, a 38-year-old protester, said that after three days of strike, he and other protesters will take their trucks to military barracks to ask for their support. “The army will be in our favor,” he assured.

In another blockade in Sao Paulo state, protesters set tires on fire. Several were draped in the Brazilian flag, which the conservative movement has appropriated for its demonstrations. Huge queues of cars could be seen on the road.

The state governor, Rodrigo García, pointed out that the time for negotiations had ended and did not rule out the use of force.

In Minas Gerais, a key state during the elections, a video on social media showed a protester telling an O Tempo reporter that the election was “fraudulent” and that there would be more protests. “We want Bolsonaro in 2023 and for the next few years,” he commented.

In Itaboraí, an area of ​​Rio de Janeiro state, an Associated Press reporter saw truck drivers kneeling before police and refusing to leave.

Social network users, including in various groups on Telegram and WhatsApp, shared their demand that the army take to the streets or that Congress and the Federal Supreme Court be dissolved and that Bolsonaro remain in office.

The decision made by the high court on Tuesday allows the regular state police forces to reinforce the federal highway police. The same thing happened in 2018, when a truckers’ strike paralyzed the country for 11 days.

Bolsonaro has broad support from the police forces and it was not clear how effective his participation in the protests would be.

The 2018 strike caused food prices to rise and left supermarket shelves empty, while gas stations ran out of fuel. The protest caused multimillion-dollar losses and revealed the great power of truckers. Bolsonaro, who was then a legislator who would win the presidential elections months later, sided with him and the truckers became one of his electoral bases.