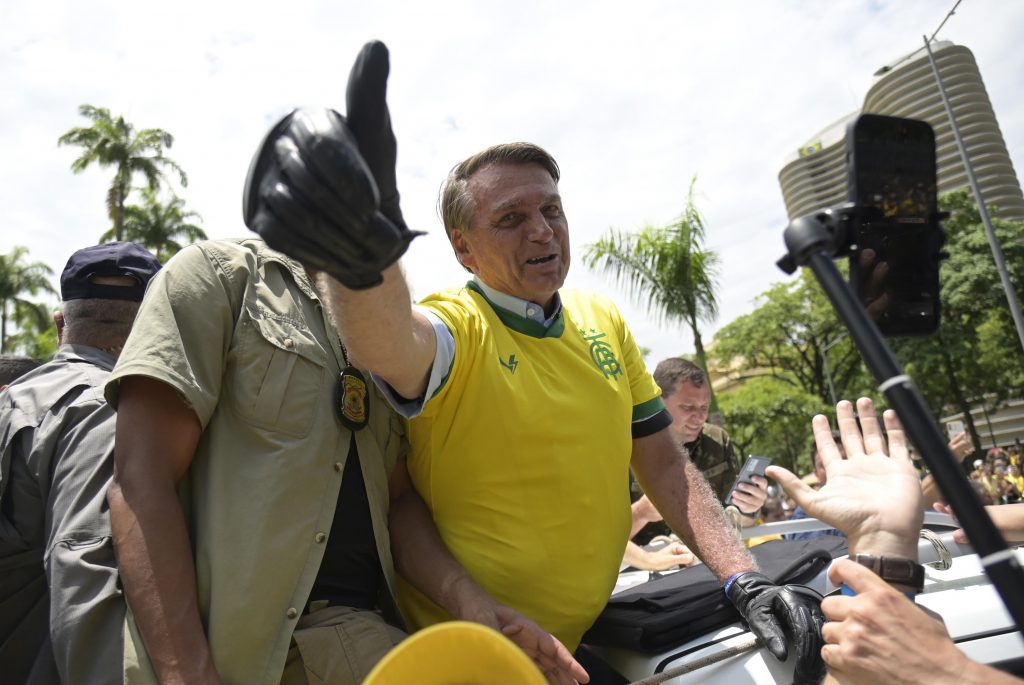 SAO PAULO (HPD) — Shortly after casting his vote Sunday in Rio de Janeiro during the Brazilian elections, President Jair Bolsonaro held a silver trophy in the air with the players of Flamengo, the new Copa Libertadores champion. .

The right-wing president posed for the cameras and took selfies with the soccer players, who won the tournament on Saturday. Flamengo, the most popular team in Brazil, defeated Athletico Paranaense 1-0.

“Brazil champion! Victorious Brazil!” tweeted Fabio Wajngarten, one of the president’s campaign coordinators, when sharing the video. “The Brazil of President Jair Bolsonaro!”

Bolsonaro also had lunch with some of the Flamengo players, before returning to the Brazilian capital to await the election results.

It is the most recent occasion that Bolsonaro has celebrated with national soccer teams, and this time it was a highly visible event on election day, in the midst of a fiercely contested race with former President Luiz Inácio Lula da Silva to secure a second term. The participation of soccer players in electoral campaigns can divide fans, especially those who dislike players openly expressing their political positions.

Bolsonaro — who lived in Rio de Janeiro after growing up in Sao Paulo state — was a fan of Palmeiras, which is based in Sao Paulo, and Botafogo in Rio. That changed after he was elected in 2018.

The president attends parties regularly, as Lula did during his presidency. In a nation where die-hard fans wouldn’t even dream of wearing another team’s jersey, Bolsonaro has shown no qualms about donning dozens of different top-flight jerseys. The only exception is Sao Paulo, one of Palmeiras’ main rivals. Lula, a Corinthians fan, rarely wears another team’s jersey.

Bolsonaro has frequently been favorable to Flamengo, whose directors openly support him. Before their meeting on Sunday, several of his players took video on the team bus expressing their support for the president and used their fingers to make the number “22,” the number that Brazilians had to put in electronic voting machines with in order to pay for it.