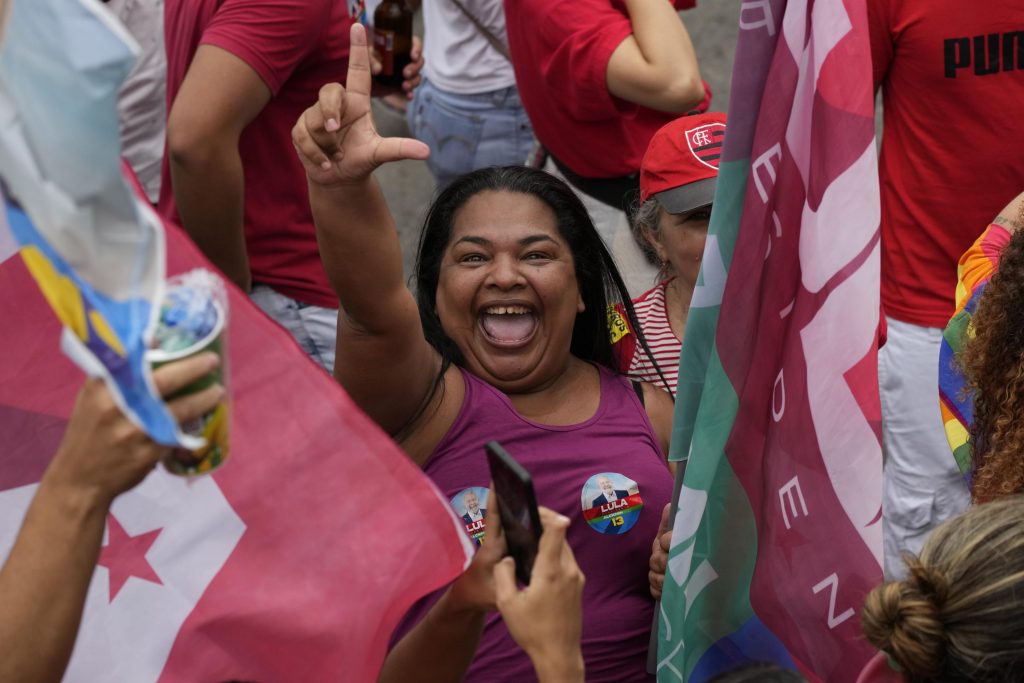 RIO DE JANEIRO (HPD) — Brazil’s two presidential candidates sought Wednesday to cement the support of their supporters. On the one hand, Luiz Inácio Lula da Silva campaigned among the poor in Rio de Janeiro’s Alemao favela, while incumbent President Jair Bolsonaro appeared before parishioners at the massive Basilica of Our Lady of Aparecida in Sao Paulo state.

A few days ago, former President Lula, who governed Brazil between 2003 and 2010, received more than 48% of the votes in the first round. Bolsonaro obtained 43% of the preferences and, since neither of them obtained more than 50% of the votes, they will face each other in a second electoral round on October 30.

Both seem to have chosen to celebrate the patron saint of the nation, Our Lady of Aparecida, in their comfort zone.

In Alemao, accompanied by the mayor of Rio, Eduardo Paes, and local community leaders, Lula attacked his rival’s education and public security policies.

“The State only appears in the community through the police; we must put an end to this,” declared the leftist. “Before the police come, health, culture and education must come first.”

In the favelas and on the outskirts of large Brazilian cities, Lula has recovered much of the ground that his party had lost in recent years, and particularly in the 2018 presidential elections.

“This is the great turning point between 2018 and 2022,” said Pedro Abramovay, executive director for Latin America of the Open Society Foundations. “The Workers’ Party had a significant increase in votes, especially because it grew a lot in the peripheries.”

Many Brazilians were disappointed by Bolsonaro’s handling of the pandemic, in which nearly 700,000 Brazilians have died, one of the highest numbers in the world.

Bolsonaro has also gained popularity in mid-sized cities, said Abramovay, who along with other political analysts is still waiting to see the electoral impact current government spending will have on poorer areas.

Bolsonaro backed Congress last July when it dramatically increased subsidies — to the equivalent of about $7.6 billion — to expand public assistance, a cooking gas subsidy and create new cash transfer programs for truckers and taxi drivers.

This month, the president has advanced the payments of the welfare program, so that they are reflected in the bank accounts of millions of families a few days before the second electoral round. He also included nearly 500,000 more families in the program and promised a 13th payment for single mothers.

“I think it’s safe to say that if it weren’t for the help of Auxilio Brasil, Lula would have won in the first round,” Abramovay said.

In the basilica of Aparecida, tens of thousands of faithful made their annual pilgrimage, some of them walking for days to attend one of the several religious services on Wednesday.

The cathedral can receive up to 35,000 people, and is currently fully open after reducing its services during the COVID-19 pandemic.

Bolsonaro is doing particularly well among evangelicals, who make up about a third of the population and have welcomed his conservative agenda. Many evangelical pastors have used their pulpits to endorse the president’s candidacy.

Silvana Alves, a 38-year-old teacher from São Paulo, was not very happy with the president’s visit. For her, mixing “politics and religion is not something very healthy.”

“If they are here this day it is not necessarily to celebrate the day of Our Lady, but since we are in an electoral period, they want to win votes, right?” Alves declared.