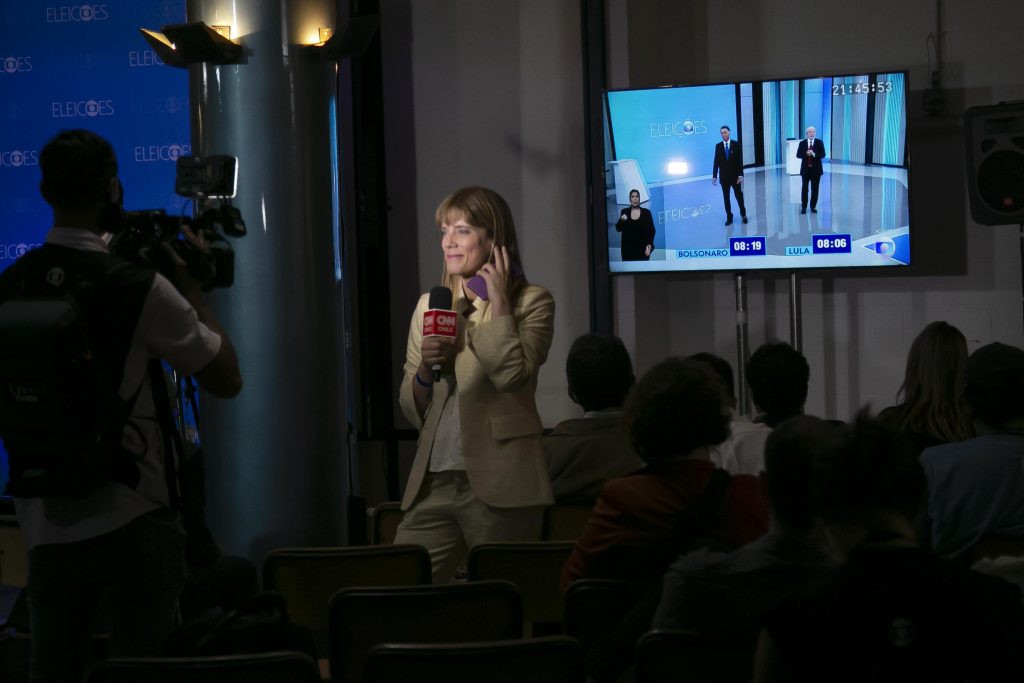 This is an issue that could tip the balance for some of the few undecided voters in the tight race between the far-right president and the left-wing candidate, who measured their strength in the debate broadcast by the most important television station in the country.

Da Silva, who is leading the polls in his bid to return to the post he already held from 2003 to 2010, once again promised to increase spending on the poor, though he did not outline a concrete plan to achieve it.

In addition, he stressed that the Bolsonaro government has not raised the minimum wage to adjust it for inflation.

“This man has governed for four years and there has not been even a 1% real increase,” da Silva said in the TV Globo debate in Rio de Janeiro, which lasted two and a half hours. The minimum wage is now worth less than when Bolsonaro took office, he added.

Bolsonaro quickly promised to raise the minimum wage from the current $229 a month to $265 next year, something that is not contemplated in the 2023 budget proposal he sent to Congress. The economic slowdown that accompanied the coronavirus pandemic has impeded the increase, but he highlighted the consolidation of economic activity.

“We did better than you would have done,” the president told his rival. “We are ready to take off. Now we have one of the best economies in the world.”

The last debate of the campaign is not likely to change the direction of the vote for many of the voters, said Mario Sérgio Lima, Brazil analyst for Medley Global Advisors.

“Bolsonaro needed to achieve a big victory … He did not do very well among the discussion groups of undecided voters or in the mentions on the internet,” Lima said, referring to the polls published online in real time by the pollsters. “Now, it’s up to the edited videos that both campaigns will create to energize their supporters.”

At one point, Bolsonaro claimed that “the whole system is against me.” At times he seemed nervous and da Silva, better known as Lula, repeatedly called attention to the president’s behavior, saying that it was not typical of his position.

Bolsonaro and Lula had only held a previous electoral face-to-face, at the beginning of the month, and both had the same format: the candidates had a bank of time that they could spend as they pleased, either addressing the electorate or asking questions of their own choosing. rival.

This debate marked a change from the previous one, when Lula focused on Bolsonaro’s widely criticized management during the pandemic, which left more than 680,000 dead in the country, and Bolsonaro emphasized the corruption investigations that tarnished his opponent already. its formation, the Workers’ Party. Both raised those issues again on Friday, though they didn’t dwell on them as long.

Lula repeatedly tried to present the Bolsonaro government as isolated on the international scene, highlighting the scarcity of state visits and of allies abroad. For his part, the president affirmed that his trip to Russia guaranteed the supply of fertilizers before the Russian invasion of Ukraine, which helped the Brazilian agricultural industry, adding that the Middle East welcomes him “with open arms”.

In his closing statement, Bolsonaro thanked God for saving his life after being stabbed during the 2018 presidential campaign and invoked his faith in an appeal to religious voters. During the debate, he threw his arms in the air to pronounce his motto: “God! Country! Family!”.

The most tense moment of the night occurred when Bolsonaro asked Lula to stand next to him while he answered a question. “Stay here, man,” said the president.

The former president responded by saying “I don’t want to be near you” and turned his back on her.