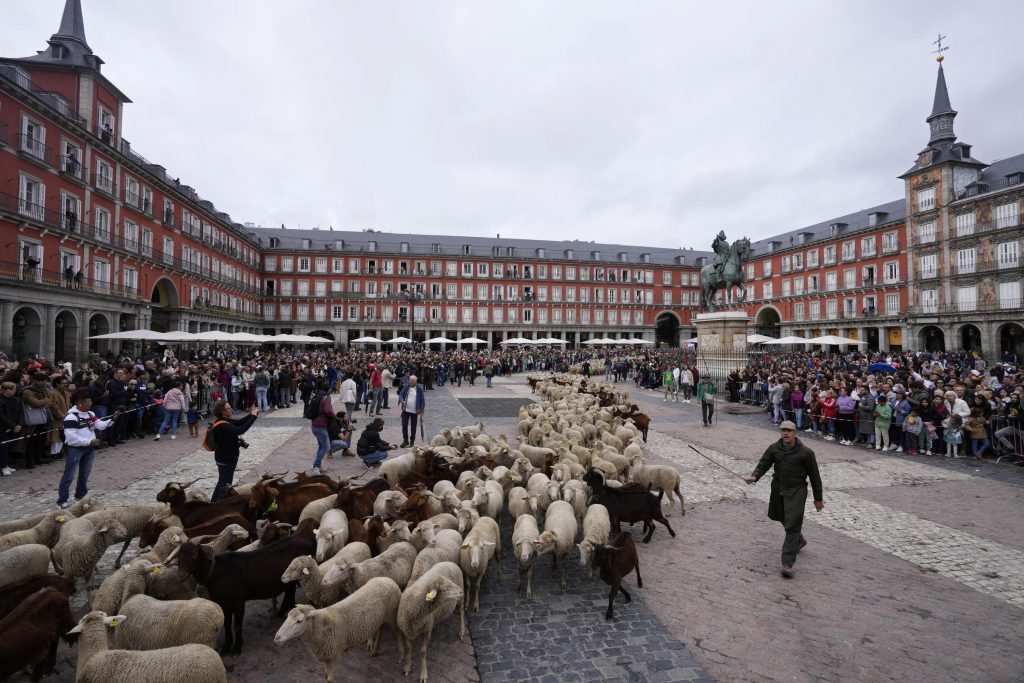 MADRID (HPD) — The bleats and bells of some 1,200 sheep and 200 goats sounded Sunday morning in central Madrid as part of a festival that recreates the pastoral practice of moving cattle to new pastures.

The animals were herded through the paved streets of the Spanish capital as they recreated what their ancestors did for centuries: moving herds from the cool highlands in summer to winter pastures in the lowlands.

Spain’s bustling capital has always been part of the 125,000-kilometre (78,000-mile) network of farm roads that span the Iberian Peninsula.

Within the framework of the Transhumance Festival, the organizers make a symbolic payment for the right to use the livestock route that crosses Madrid. The payment presented at the Madrid City Council in medieval currency consists of 50 maravedíes, as recorded in an agreement between the city and the shepherds dating from 1418.

The closeness of the animals delighted the urban inhabitants who gathered to observe the curious ritual. The children tried to touch the soft wool of the sheep.

Madrid has celebrated the festival since 1994, and smaller towns and cities in Italy, France and California have similar events.

In Spain, modern farming methods have reduced the practice of transhumance, the seasonal movement of cattle, to a small group of farmers who keep the tradition alive through associations such as Concejo de la Mesta, which are responsible for the Transhumance Festival. in Madrid.

They promote transhumance for advantages such as sustainability, cultural value and environmental protection, since the areas through which the sheep pass are less prone to forest fires.

According to the Trashumancia y Naturaleza Association, 52 families carry out the practice in Spain.