Skip to content
Home » Biden’s warning about “armageddon”, without support in evidence 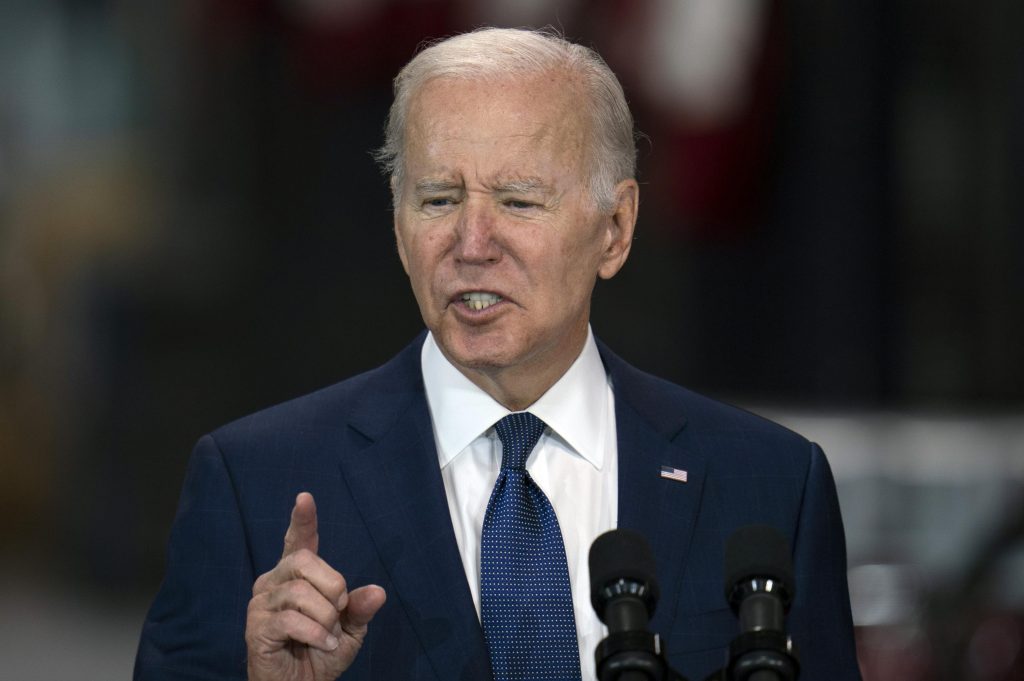 WASHINGTON (HPD) — U.S. President Joe Biden’s warning that the world is at risk of a nuclear “armageddon” was meant to send a message that no one should underestimate the extraordinary danger that would be posed by the deployment of tactical nuclear weapons by the United States. Russia in its war against Ukraine, White House officials said.

The president’s somber assessment, expressed Thursday night, resonated around the world, but seemed to go beyond current assessments by US intelligence services, whose officials admit they have no evidence that Russian President Vladimir Putin is preparing to use atomic weapons imminently.

During a Democratic fundraising event, Biden assured that Putin “is not kidding when he talks about the use of tactical nuclear weapons or biological or chemical weapons.”

“We haven’t faced the possibility of Armageddon since Kennedy and the Cuban Missile Crisis,” he added. He indicated that Putin’s threat is real “because his army is, one might say, getting remarkably negative results.”

White House press secretary Karine Jan-Pierre did not directly respond to a question Friday about whether Bien had come to the event planning to invoke Armageddon, when she tried to clarify the president’s offhand remarks.

Jan-Pierre told reporters: “Russia’s comments that it might use nuclear weapons are irresponsible and there is no way to make them without unintended consequences. That can’t happen.” He added that “if the Cuban Missile Crisis taught us anything, it is the value of reducing nuclear risk and not brandishing it.”

For months, Biden’s national security team has warned that Russia could use weapons of mass destruction in Ukraine as it faces serious strategic setbacks on the battlefield, but the president’s remarks were the starkest warning by the US government. about the danger of nuclear war.

One official said Biden was trying to caution against underestimating the danger of any level of tactical nuclear weapons.

There are some fears among the US government that Russia has determined that it can use its nuclear arsenal in a way that does not amount to an “all-out” nuclear attack on Ukraine and face only a limited response from the United States and its Western allies, which are determined to prevent the war in Ukraine from spilling over its borders, according to the official, who spoke on condition of anonymity for comment.

Putin has repeatedly alluded to using his country’s vast nuclear arsenal, including last month when he announced plans to mobilize his reservists to serve in Ukraine.

“I want to remind you that our country has various means of destruction… and when the territorial integrity of our country is threatened, in order to protect Russia and our people, we will certainly use all means at our disposal,” Putin said. “It’s not a bluff.”

In Europe, leaders tried to calm things down after Biden’s words.

Asked about his American colleague’s comments, French President Emmanuel Macron said it was crucial to speak carefully about a nuclear threat.

“We have always refused to participate in political fiction and especially… when it comes to nuclear weapons,” Macron declared during an EU summit in Prague. “We have to be very careful about that matter.”

“Threats do not intimidate us,” Michel said. “Let’s stay calm. We are not going to lose our heads and we are going on every occasion to denounce the irresponsible nature of these threats.”

The White House press secretary reiterated Friday that the United States “has seen no reason to adjust our own strategic nuclear posture nor do we have any indication that Russia is preparing to use nuclear weapons imminently.”

It is not the first time that Biden has made comments that seem to go beyond the fringes of American politics.

Last month, in an interview with CBS’s “60 Minutes,” Biden said that “American forces, men and women, would defend Taiwan in the event of a Chinese invasion.”

The White House said after the interview that US policy toward Taiwan has not changed. That policy says that Washington wants Taiwan’s status to be resolved peacefully, but does not indicate whether Washington would send its forces in response to a possible Chinese attack.

In March, concluding a speech in Warsaw, Biden appeared to call for Putin’s ouster, saying, “By God, this man can’t stay in power.” Before Biden even boarded Air Force One to take him back to Washington, his aides were quick to clarify that he was not calling for an immediate change of government in Moscow.

Earlier that month, Biden called Putin a “war criminal” for ordering the Russian invasion of Ukraine, before the White House retracted those comments. The White House had been avoiding applying the term “war criminal” to Putin because that requires an international investigation and determination.

After Biden used the term, his press secretary at the time, Jen Psaki, commented that the president was “speaking from the heart” and clarified that the administration recognizes that there is a process to make a formal determination.

Regarding Biden’s controversial comments, “people say ‘Well, it’s Biden. You know, he says those things,’” said Hans Kristensen, director of the Nuclear Information Project at the Federation of American Scientists and a veteran of nuclear policy research.

“But other countries are saying, ‘Wow, the president of the United States said that!’” Kristensen stressed. “And that means that we have to be really careful about using such strong terms” that in themselves can inadvertently escalate nuclear tensions.

Kristensen opined that Biden’s strong words may have had an unintended impact on Russia, the biggest problem with those comments from the president.

“It’s pretty clear to me that Putin is going to look at that and say, ‘Look, I’ve got your attention. They’re really scared.’”