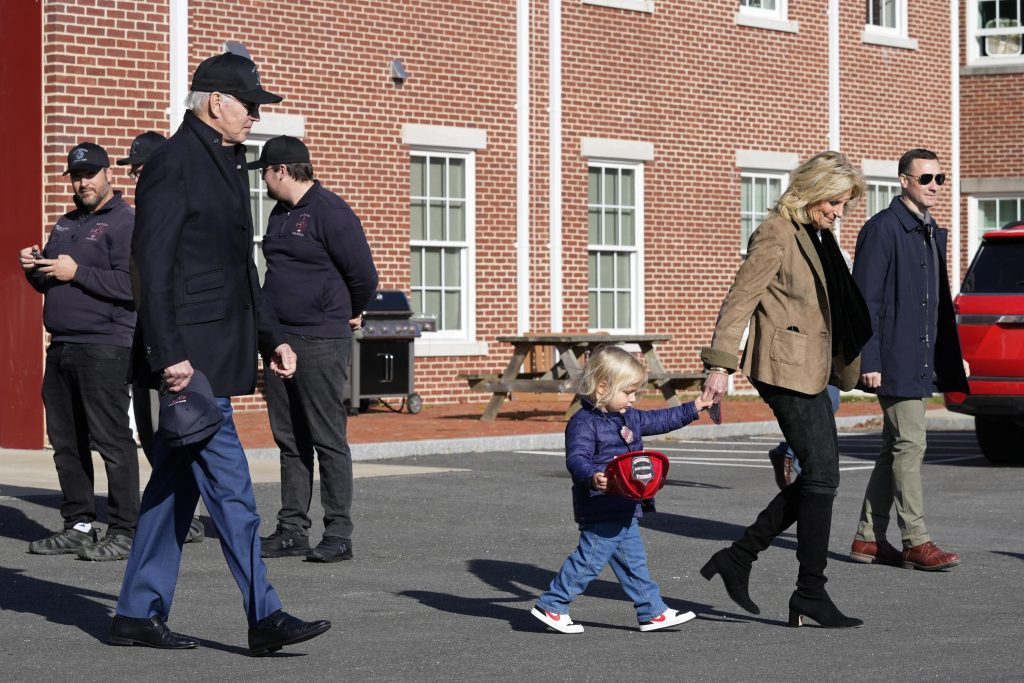 NANTUCKET, Mass. (HPD) — President Joe Biden handed out at least half a dozen pumpkin pies to Massachusetts firefighters on Thanksgiving Thursday to show appreciation for their work.

Biden had already expressed his thanks to firefighters and other emergency personnel earlier that day when he and his wife, Jill, spoke on the phone with the hosts of NBC’s broadcast of the store’s annual Thanksgiving Day parade. Macy’s department store in New York.

“I want to thank the firefighters and police, first responders. They never take a break,” she said during the call. Later, the Bidens spoke with units from each of the six branches of the military stationed at sea, in Europe, at Guantanamo Bay, Cuba, and at Whiteman Air Force Base in Missouri, the White House reported. .

“We remember them every day,” he said during the broadcast. “God bless our troops.”

On the visit with the firefighters, he was also accompanied by his 3-year-old grandson Beau, who was walking around wearing a red firefighter’s helmet.

During a brief conversation with reporters, Biden said that he hopes that the next legislature will continue to help Ukraine. He also noted that his team is in negotiations to avoid a freight train strike in early December that could further affect the economy.

After the visit, Biden returned to the Nantucket home where he will spend the holiday with his family, including son Hunter and his wife, Melissa — Beau’s parents — and daughter Ashley.

The Bidens have a more than 40-year tradition of spending Thanksgiving on the island of Massachusetts.