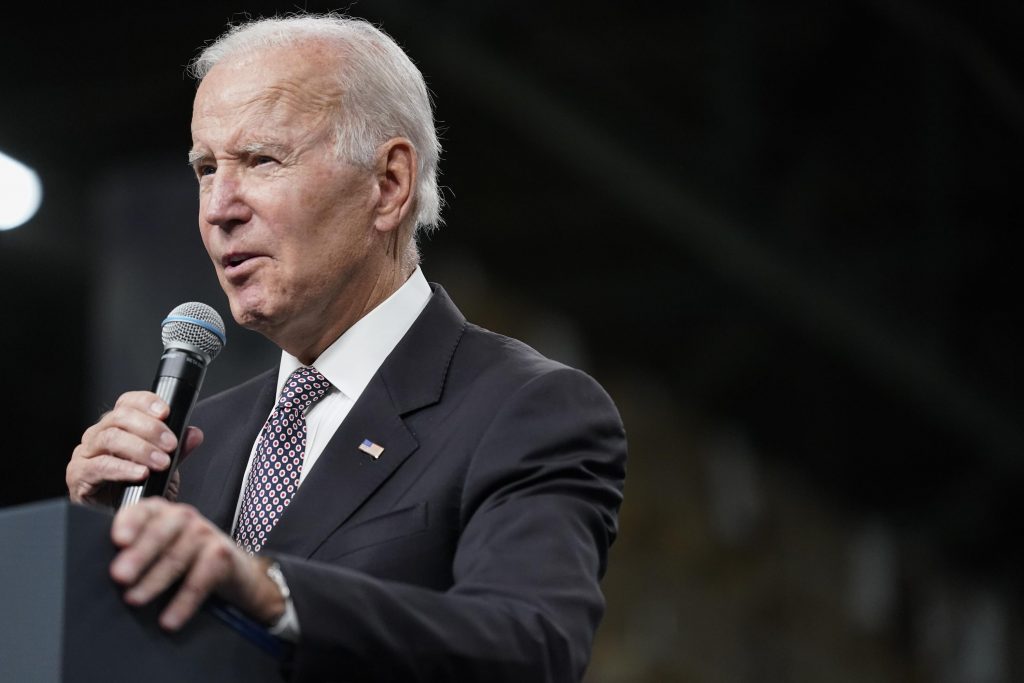 NEW YORK (HPD) — U.S. President Joe Biden said Thursday that the risk of a nuclear “armageddon” is at its highest since the 1962 Cuban missile crisis, as Russian officials discuss the possibility of using tactical nuclear weapons after suffering major setbacks in the invasion of Ukraine.

During a fundraiser, Biden said Russian President Vladimir Putin is “a guy I know pretty well” and he’s not “joking when he talks about the use of tactical nuclear weapons or biological or chemical weapons.”

“We haven’t faced the prospect of Armageddon since Kennedy and the Cuban Missile Crisis,” Biden added. Putin’s threat is real “because his army is, one might say, getting remarkably negative results.”

US officials have warned for months about the possibility of Russia using weapons of mass destruction in Ukraine due to setbacks it has suffered on the battlefield, although Biden’s remarks are the starkest warnings yet issued by the US government. United on nuclear danger.

It was not immediately clear whether Biden was referring to a reassessment of Russian intentions.

Yet US officials have said even this week that they have seen no changes in Russia’s nuclear forces that would require changing the alert level of US nuclear forces.

“We have seen no reason to adjust our own strategic nuclear posture, nor do we have any indication that Russia is preparing to use nuclear weapons imminently,” White House press secretary Karine Jean-Pierre said Tuesday.

The 1962 crisis that raged for 13 days after the discovery by the United States of the shipment of nuclear weapons by the Soviet Union to Cuba is considered by experts to be the closest the world has come to nuclear annihilation. The crisis during the John F. Kennedy presidency sparked a renewed interest in arms control on both sides of the Iron Curtain.

Biden also questioned Russia’s nuclear doctrine, warning that the use of a low-yield nuclear weapon could spiral out of control and unleash global destruction.

“There is no way you can easily use a tactical weapon and not end up in Armageddon,” Biden said.

He added that he was still “trying to figure out” Putin’s “off-ramp” in Ukraine.

“Where do you find a way out?” Biden asked. “Where does he find a position where he not only doesn’t lose face, but doesn’t lose significant power within Russia?”

Putin has repeatedly alluded to using his country’s vast nuclear arsenal, including last month when he announced his recruitment plans to send more men to Ukraine.

“I want to remind you that our country also has various means of destruction … and when the territorial integrity of our country is threatened, in order to protect Russia and our people, we will certainly use all means at our disposal,” Putin said. September 21, adding with a fixed look at the camera: “It’s not bravado.”

White House national security adviser Jake Sullivan said last week that the United States has been “clear” with Russia about what the “consequences” of using a nuclear weapon in Ukraine would be.

“This is something that we are keeping an eye on, that we take very seriously, and that we communicate directly with Russia about, including what kind of decisive responses the United States would have if they went down that dark path,” Sullivan said.

“He understands that after the use of nuclear weapons he could no longer preserve, so to speak, his life, and I am sure of it,” Zelenskyy said.