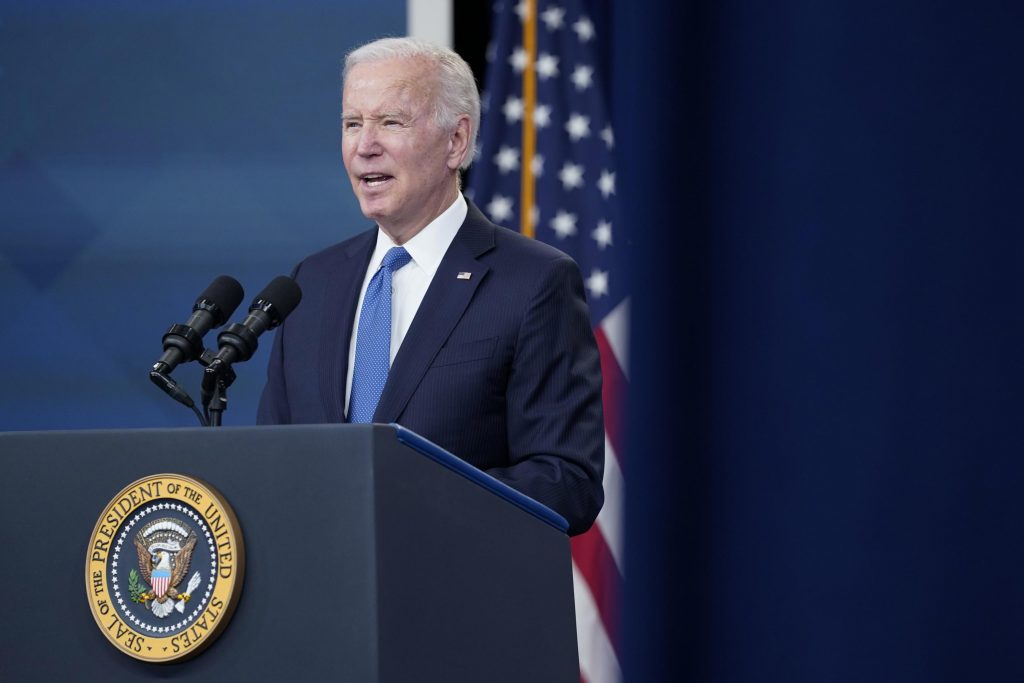 WASHINGTON (HPD) — President Joe Biden promised Tuesday that the first bill he sends to Capitol Hill next year will be one that puts abortion protections into law — provided Democrats win enough seats in Congress to pass it — words with which he is trying to embolden his party’s voters just three weeks before the mid-term elections are held.

Twice, Biden asked the public to remember how they felt in late June, when the Supreme Court reversed the landmark Roe vs. Wade legalizing abortion in 1973, showing the White House is trying to make sure the issue stays fresh in the minds of Democratic voters this year.

“I want to remind all of us how we felt when 50 years of constitutional precedent was reversed,” the president said from the Howard Theater. “The anger, the worry, the disbelief.”

He repeatedly criticized Republicans across the country who have pushed for abortion restrictions, often with no exceptions, telling Democrats in the audience that “if you care about the right to choose, then you have to vote.” .

As he has done all year, Biden emphasized that only Congress can fully restore abortion access to what it was before the Supreme Court decision in Dobbs v. Jackson who reversed Roe. But he also acknowledged that we are “a few votes short” right now to reinstate abortion protections at the federal level, calling on voters to send more Democrats to Congress.

“If we do that, I make this promise to you and to the American people. The first initiative I will send to Congress will be to codify Roe vs. Wade,” Biden declared. “And when Congress passes it, I will sign it in January, 50 years after Roe was first decided as supreme law.”

It is a great condition.

For Biden to keep his promise, Democrats would need to retain control of the House of Representatives and win seats in the Senate, an unlikely scenario given the current political dynamics. Abortion rights have been a major motivating factor for Democrats this year, though the economy and inflation remain top concerns among most voters.