Skip to content
Home » Biden implores to save democracy from lies 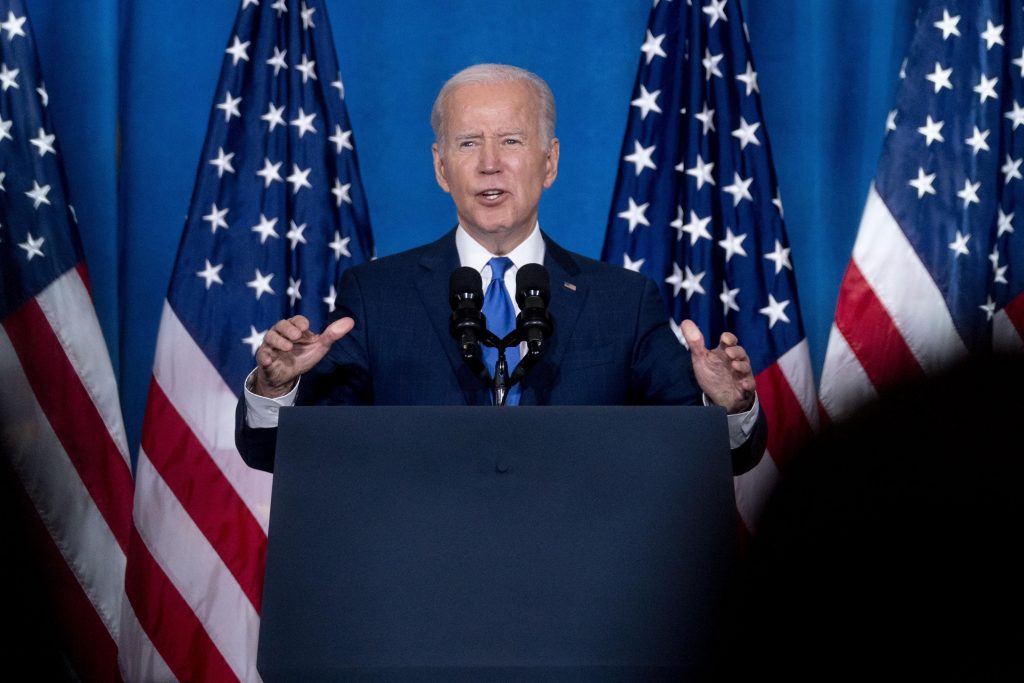 WASHINGTON (HPD) — President Joe Biden warned Wednesday that democracy is in danger, calling on Americans to use their votes in next week’s election to stand up to lies, violence and dangerous “ ultra-MAGA Republicans” who are trying to accomplish what they failed to accomplish in 2020: disrupt the election.

This is not the time to stay on the sidelines, he asserted. “Silence is complicity.”

After weeks of speaking soothing words about the US economy and inflation, Biden has adopted a more somber and urgent message, declaring in recent days that the nation’s system of government is under threat from former President Donald Trump’s lies. Trump who reject the outcome of the 2020 election and the violence that Biden says they inspire.

The president singled out Republicans as “ultra-MAGA” — a reference to Trump’s “Make America Great Again” slogan — saying they are a minority but a “driving force” of the GOP.

Citing in particular Friday’s attack on the husband of House Speaker Nancy Pelosi, he said Trump’s false statements about a stolen election have “fueled a dangerous rise in political violence and intimidation of voters in the last two years.”

“There is an alarming increase in the number of people in this country who condone political violence or simply remain silent,” Biden added. “Deep down inside of us we know that democracy is in danger, but we also know this: It is in our hands to preserve our democracy.”

The president’s speech – squarely focused on the ritual of voting and the counting of votes – was a call to Americans to turn away from rhetoric that has heightened fears of political violence and challenges to the integrity of elections. Biden played two roles at the time: He spoke as a president defending the pillars of democracy and as a Democrat trying to increase his party’s chances of victory.

He criticized the hundreds of candidates who have rejected the 2020 election result and now refuse to commit to accepting the results of the upcoming midterm elections: “This driving force is trying to achieve what it failed to achieve in 2020 to suppress the voter rights and disrupt the electoral system itself.”

“That is the road to chaos in America. It is unprecedented. It is illegal. And it is un-American,” she asserted.

The president delivered his speech days after a man who tried to kidnap Pelosi seriously injured her husband, Paul, at their home in San Francisco, in what represented the worst recent example of the political violence that erupted with the insurrection of the 6 January 2021 on Capitol Hill and has continued with alarming, if less spectacular, incidents.

Electoral officials across the country have questioned returning to their jobs following an increase in intimidation and harassment ahead of Election Day. At least five people have been charged with federal crimes for harassing workers after early voting began.

Reports of people guarding the polls in Arizona, sometimes armed or wearing bulletproof vests, have raised widespread concern about potential voter intimidation. Election officials across the country are preparing for the possibility of clashes at polling places. A flood of conspiracy theorists have signed on to work as partisan election watchers.

Emphasizing that this is the first federal election since the uprising on Capitol Hill and Trump’s attempts to overturn the 2020 election results, Biden called on voters to reject candidates who have denied the results of the election. vote, which even the Trump administration itself declared free of any widespread fraud or interference.

“I hope you will make the future of our democracy an important part of your decision to vote and how you vote,” Biden added, asking Americans to consider whether the candidates they support would respect the will of the people and accept the outcome of their vote. choice.

“The answer to that question is vital and, in my opinion, should be decisive,” he said.