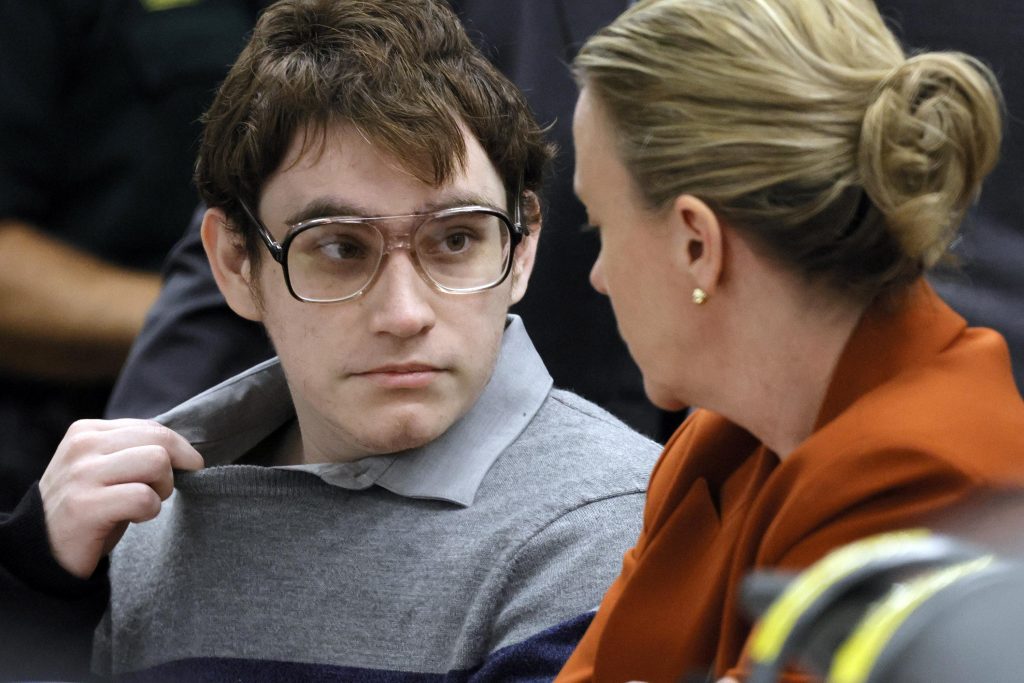 FORT LAUDERDALE, Fla. (HPD) — Nikolas Cruz, who killed 17 people at a Florida high school in 2018, will be sentenced to life in prison without parole after a jury could not unanimously agree on the sentence. of death, it was reported Thursday. Some parents of the victims sobbed as they left court.

“This is crazy. Everybody knows right? This is crazy,” Chen Wang, a cousin of Peter Wang, one of the victims, said at a press conference after the jury’s decision was announced. “We need justice.”

The jury’s recommendation came after seven hours of deliberations over two days, ending a three-month trial that included graphic videos, photographs and testimonies of the massacre and its aftermath, harrowing testimony from the families of the victims and a tour by Marjory Stoneman Douglas High School in Parkland, where there are still traces of blood.

“We are beyond disappointed with today’s outcome,” Lori Alhadeff, whose daughter, Alyssa, was killed, told the conference.

“This should have been the death penalty, 100%. Seventeen people were brutally murdered on February 14, 2018. I sent my daughter to school and she was shot eight times. I am beyond disappointed and frustrated with this result. I can not understand. I just don’t understand,” she added.

Under Florida law, a death sentence requires a unanimous vote on at least one count. Judge Elizabeth Scherer will formally issue the sentence on November 1. Family members, along with injured students and teachers, will have an opportunity to speak at that hearing.

Cruz, disheveled, sitting hunched over, stared at the table as the jury’s recommendations were read out. Murmurs rose in the courtroom, where there were more than 30 parents, spouses and other relatives of the victims, when the life sentences were announced. Many shook their heads, looked angry or covered their eyes, while the judge spent 50 minutes reading the jury’s decision for each victim. Some parents sobbed as they left the courthouse.

In an interview broadcast on local television station WPLG, jury foreman Benjamin Thomas indicated that more than one jury had voted for life in prison instead of the death penalty.

“We reviewed all the evidence and some jurors felt that was the appropriate sentence,” Thomas said. “I did not vote that way and I am not satisfied with the result, but everyone has the right to decide for themselves.”

He added that jurors reached their decision on Wednesday, then went home to mull it over before taking it to the judge on Thursday.

Cruz, 24, pleaded guilty a year ago to murdering 14 students and three staff members and injuring 17 others on Feb. 14, 2018. He said he chose Valentine’s Day for Stoneman Douglas students to They couldn’t celebrate that day anymore.

Cruz’s attorney, Melisa McNeill, and her team never questioned the horror he inflicted, instead asserting that his mother’s alcoholism during pregnancy left him with an FASD. Defense experts said Cruz’s bizarre, troubling and sometimes violent behavior was misdiagnosed as attention deficit hyperactivity disorder, meaning she never received proper treatment. That left her widowed foster mother overwhelmed, they said. The defense also alleged that Cruz was sexually abused and raped by a 12-year-old neighbor when he was 9.