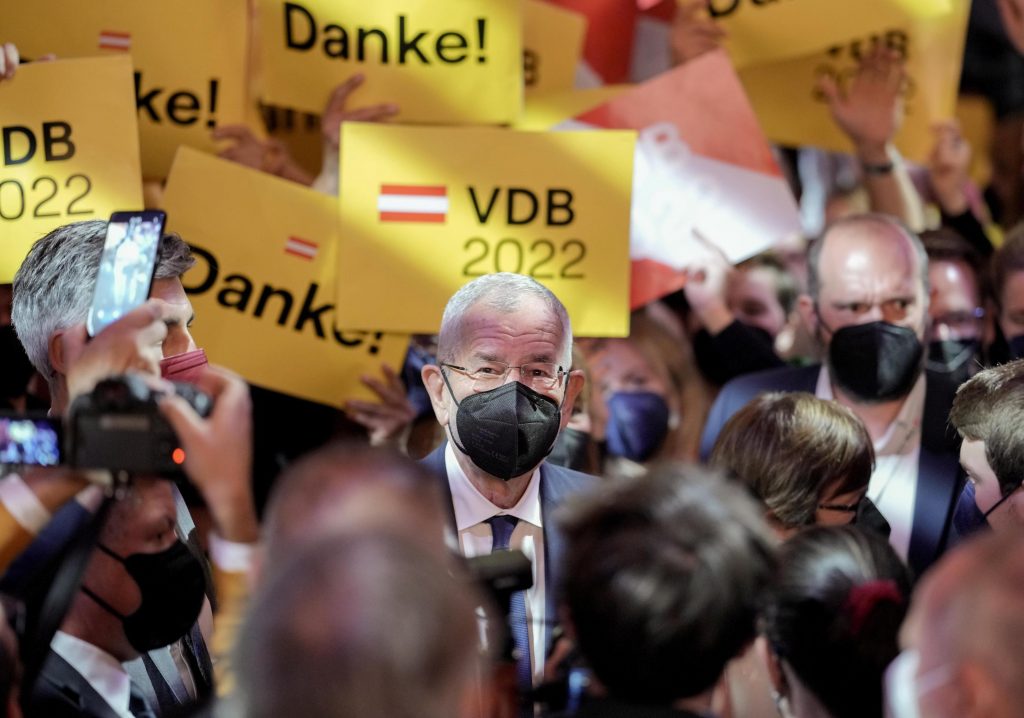 VIENNA (HPD) — Austrian President Alexander Van der Bellen was on course to win a second six-year term in overwhelming fashion on Sunday, avoiding a runoff election after a campaign in which he presented himself as the stable option in uncertain times.

Preliminary results give the liberal Van der Bellen 54.6% of the vote. His closest rival, Walter Rosenkranz of the far-right Freedom Party, has 19.1%.

Those figures do not include mail-in ballots, which will be counted on Monday. Projections by public television ORF and the Austria Presse Agentur news agency for the final result indicated that Van der Bellen would get around 56% of the vote, and Rosenkranz just under 18%.

Campaign posters for Van der Bellen, 78, who is a member of the environmentalist Greens party but ran independently, bore the slogan: “The safe option in stormy times.”

In recent years Austria has faced repeated political turmoil. The Alpine country of some 9 million people has had five foreign ministers during Van der Bellen’s first term, and crises in government have given the largely ceremonial head of state unusual visibility.

There were seven candidates in Sunday’s election, but Van der Bellen had the implicit or explicit support of Austria’s main parties. The Freedom Party was the only party in Parliament to field a candidate against him.

Van der Bellen said that since pre-election polls gave him a big lead, he worried that people would not turn out to vote.

“We’ve never had seven candidates in a presidential election before, and I don’t think we’ve ever had — at least I can’t think of any examples — an environment where people are unsettled, where discontent with politics is high and you you don’t know what direction that will take,” he told the ORF.

The president said Austria is facing “very difficult times,” with concerns about the war in Ukraine, energy supply and prices, and a possible resurgence of the COVID-19 pandemic.

“I hope that there will be a kind of closing of the ranks of the constructive forces of this republic so that we can face these problems together,” he said.