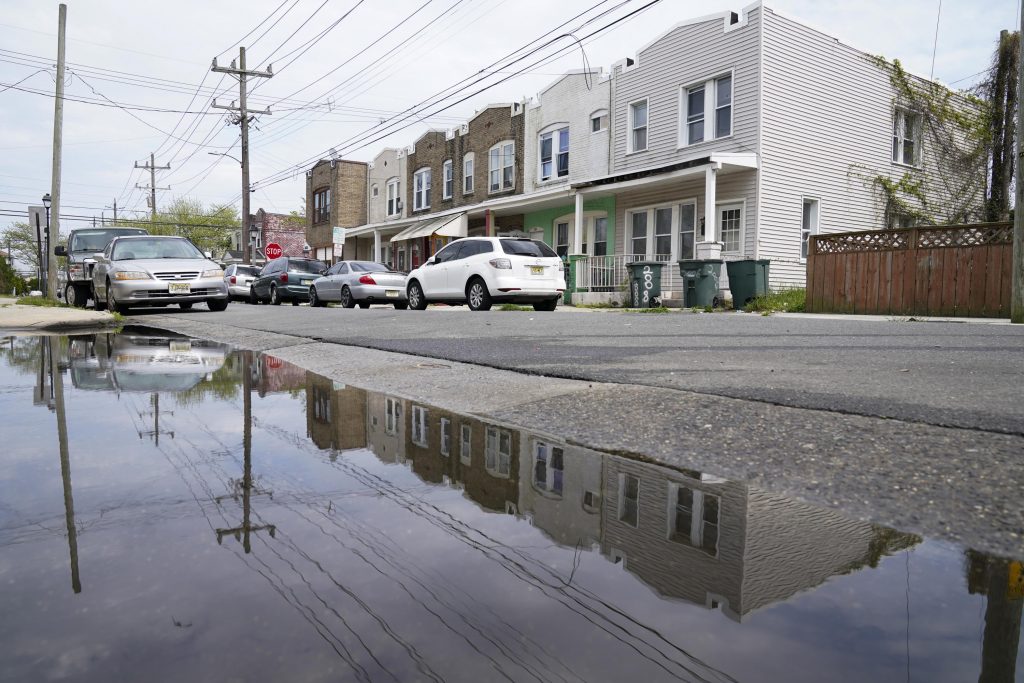 ATLANTIC CITY, N.Y. (HPD) — In some flood-vulnerable cities around the world, life is moving away from the coast. That, however, is not an option Atlantic City is considering,

This resort town is located on an island that was once accessible only by boat and is now connected to the mainland by a highway over water. It has water on both sides and is just above sea level.

“We love our residents very much,” said Barbara Woolley-Dillon, the city’s former director of planning and development. “We have one of the most diverse populations, a thriving community, and we want to do everything we can to keep it intact.”

There aren’t many places for its 38,500 residents, a third of whom are black, to go. Tourism generates billions of dollars a year, which is another incentive to leave things as they are while possible.

“Atlantic City is a $7 billion economic engine” that benefits all of southern New Jersey and must be preserved, said Jim Rutala, planning contractor for Atlantic City.

Floods, however, are becoming more frequent and deeper. In 1910 a tide gauge was installed to measure the water level at the end of the Steel Pier Amusement Park. The instrument indicates that the waters have risen almost half a meter (a foot and a half) since then, more than double the global average.

Municipal authorities do not plan to accept offers from the state to buy and demolish homes in areas prone to flooding, according to Rutala.

In fact, they are investing 100 million dollars to “fortify and shield” the city, installing sea walls, pumping stations and screens to contain the rising sea, Rutala said.

Out of sight of most tourists, a new pumping station at Fisherman’s Park returns water to the bay. It is common to hear of the work of laborers who build structures with high incomes, adhering to strict codes on the height of buildings.

Other New Jersey cities have taken different paths to combat flooding. In Woodbridge, about 100 miles (160 kilometers) north of Atlantic City, they have been buying and demolishing more than 150 houses on vulnerable land.

In Atlantic City, tourists and residents alike walk along streets whose names inspired the Monopoly game, such as Baltic Avenue and Park Place. Casinos attract people who dream of winning money at poker tables or slot machines. There are also great beaches and boardwalks with amusement parks.

Twenty-seven million people visit this tourist center every year. For some, the city allows them to escape their daily routines. For others, it is an opportunity to make a simple life by the sea.

Most find it impossible to contemplate a future without their city.

“This part of Atlantic City is very tight-knit, a very nice neighborhood,” said Abby Moul, a 47-year-old elementary school teacher, as she played with her dog on the north side of the island. “It is not a frequent destination and we want it to be that way.”

The water level is expected to rise 1 to 3 feet (30 centimeters to one meter) between now and 2070, according to Robert Kopp, a climate expert at Rutgers University.

The land, on the other hand, is sinking, in what scientists describe as the “seesaw” effect generated by melting glaciers much further north.

It is not clear if the new fortifications that are planned will be enough to contain the rising sea.

Atlantic City is one of the poorest and most densely populated parts of the New Jersey shore. More than two dozen languages ​​are spoken in schools.

Many residents work in the city’s nine casinos, cooking, cleaning rooms, and doing other chores.

It can cost $150,000 in older, more populated parts of town to elevate an $80,000 home to avoid the complications of flooding, which is sometimes caused by storm surge, sometimes by clogs in the drainage system. That is a figure beyond the reach of many.

On a recent afternoon, Zakiy Abdullah, a 45-year-old forklift operator who has lived in Atlantic City since he was a child, tried to talk his three-year-old daughter Jamaarah Wells out of riding her bike through the flooded streets.

“Flooding is a constant problem,” said Abdullah. “As you can see, the water does not evaporate easily.”

Kimbely McKenna of Stockton University’s Center for Coastal Research says most of the flooding hits the part of the city that faces the mainland, called the “back bay.” Many poor people live there.

Residents often leave their cars in higher parts of the city when there is high tide or a full moon.

“Today flooding is a nuisance, in the future it will be constant,” McKenna said. “People are not going to race their cars. They are going to move.”

Authorities in coastal towns like Atlantic City will have to decide whether to slowly move away from the coast or wait and leave when the situation becomes untenable.