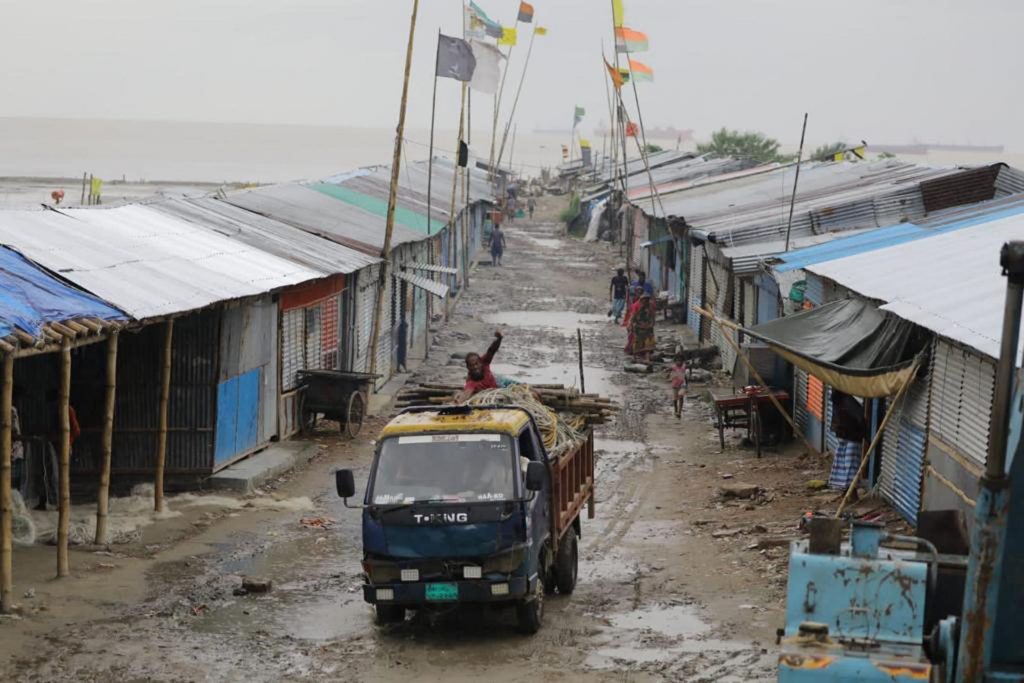 DHACA, Bangladesh (HPD) — A tropical storm that hit Bangladesh has killed at least 13 people in the country, officials and media said Tuesday.

Tropical Storm Sitrang formed in the Bay of Bengal before veering north toward the Bangladesh coast, prompting authorities to evacuate hundreds of thousands to shelters on Monday. Downpours battered the country throughout the day, inundating many areas in the coastal regions in the south and south-west of Bangladesh.

The storm weakened Tuesday afternoon with maximum sustained winds of 40 miles per hour (65 kilometers per hour) and wind gusts up to 53 miles per hour (85 kilometers). The meteorological office in the capital Dhaka, which had recorded gusts of 85 kilometers (55 miles) on Monday night, said the danger had passed by Tuesday.

A couple and their four-year-old daughter were killed after a tree fell on their house on Monday night, said Raihan Mehbub, a member of the government in Cumilla district. The family was sleeping and died at the scene, he added.

At least 10 other people were killed in separate incidents in different parts of the country, according to Dhaka-based broadcaster Somoy TV. Most of the deaths were due to fallen trees, although some of the victims died in collapsing structures or drowned, according to local media.

The government on Monday paralyzed river traffic across the country, closed three airports and asked fishing vessels to return to the open sea and remain anchored in the Bay of Bengal.

Bangladesh, a nation located in a delta, has more than 160 million inhabitants, and is prone to natural disasters such as floods and cyclones.