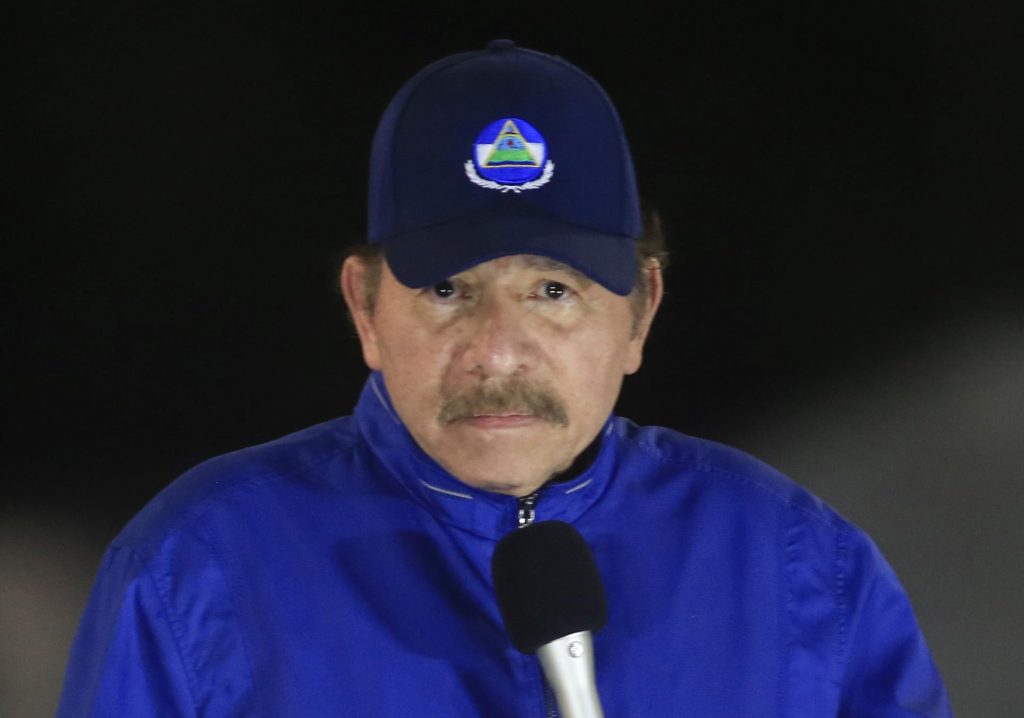 BUENOS AIRES (HPD) — The Argentine justice system has opened a criminal investigation into Nicaraguan President Daniel Ortega and Vice President Rosario María Murillo to determine if they are responsible for crimes against humanity.

The decision was made the day before by the Argentine federal judge Ariel Lijo at the request of a complaint filed by two lawyers and the request of the prosecutor Eduardo Taiano, who considers that the Argentine federal justice is empowered to investigate human rights violations that occurred in another country, since the national Constitution recognizes the principle of universal jurisdiction.

As a first measure, the judge ordered the sending of a warrant to the Nicaraguan justice system to report whether there are open cases on alleged illegal detentions and disappearance of people, a judicial official familiar with the case and who requested anonymity told The Associated Press on Thursday. because the investigation is at a preliminary stage.

In the past, Argentine justice has done something similar, by opening a case for crimes reported in a period that encompasses the Spanish Civil War (1936-1939), the Francisco Franco regime and the two years that elapsed between the dictator’s death in 1975 and the celebration of the first democratic elections.

For this case, which dates back to 2010, a Buenos Aires court recently annulled the prosecution issued by a judge to a former Spanish official who had agreed to testify before the magistrate by videoconference.

The Argentine justice also authorized an investigation in 2021 for the allegations of repression against the Rohingya people in Myanmar.

In international criminal law, Argentina is considered a model nation for the historic trial and conviction of the leaders of the last military dictatorship (1976-1983), considered one of the bloodiest in Latin America and during which human rights were systematically violated. .

In the current case and in his request to the judge to give the green light to the investigation, prosecutor Taiano, head of the National Federal Criminal and Correctional Prosecutor’s Office 3, targeted Ortega and his wife, as well as “those within the state or para-state structure” may be responsible for issuing and executing orders to carry out persecution “for political and/or religious reasons.”

Lately, the Ortega government has intensified the persecution of its political opponents and is accusing their relatives through criminal channels, according to human rights organizations.

Tens of thousands of Nicaraguans have fled the Central American country in the repression following the massive protests of April 2018 and have been arrested and sentenced to long prison terms.

The Argentine judicial measure is in response to the complaint filed in the Lijo court by the lawyers Darío Richarte and Diego Pirota, as a result of the situation of the bishop of Matagalpa Rolando Álvarez, who is under house arrest after being detained without knowing details about your health status.

The complaint pointed out that by order of the highest political spheres, in Nicaragua the civilian population is systematically attacked and mentioned investigations by the Inter-American Commission on Human Rights (IACHR) of the UN Human Rights Council, Amnesty International, of the Center for Legal and Social Studies and the Nicaraguan Center for Human Rights that point to the excesses of the Ortega government.

Nicaragua has been immersed in a political crisis since April 2018, when the repression carried out by police and paramilitaries who quelled social protests left at least 355 dead, more than 2,000 injured and more than 100,000 exiled, according to the IACHR.

The government attributes these riots to “a failed coup” supported by the United States.

The opposition assures that in Nicaragua there are at least 205 “political prisoners,” of which 22 are women and twenty are over 60 years of age.

According to Taiano, the Argentine justice can open the case for international commitments that “establish the duty of domestic courts to investigate on behalf of the international community regardless of the place where they have arisen (according to the sixth paragraph of the preamble of the Rome Statute of the International Criminal Court).

On the other hand, indicated the prosecutor, the International Criminal Court could not try these crimes, since Nicaragua has not ratified the Rome Statute.