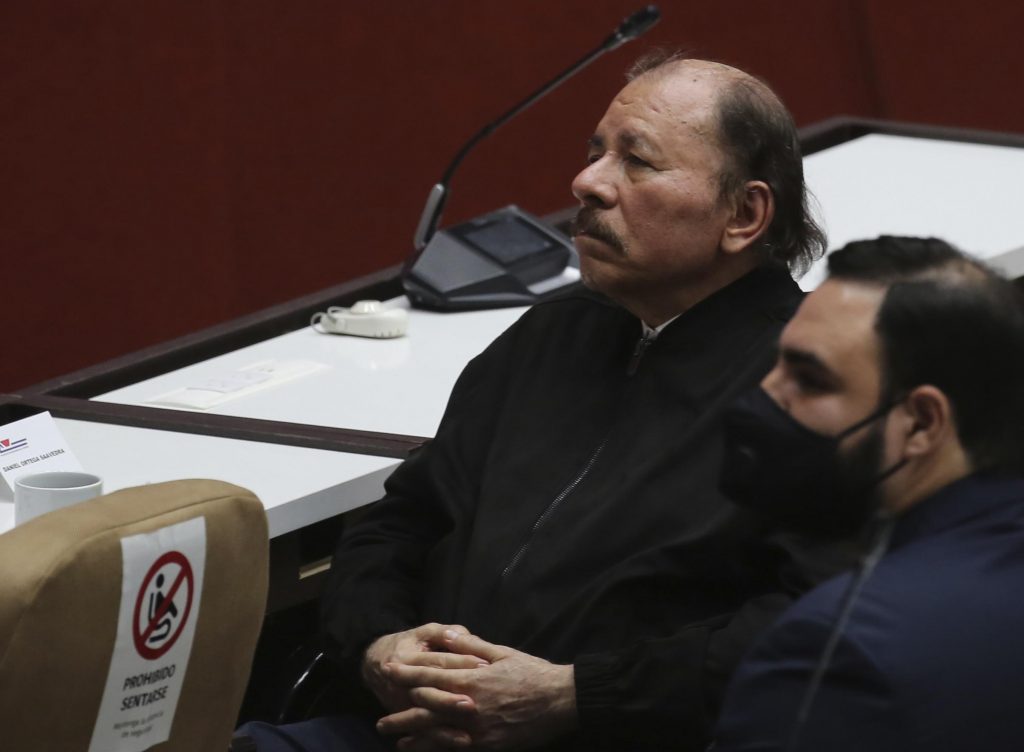 MIAMI (HPD) — The United States is dramatically increasing pressure on the authoritarian government of Daniel Ortega in Nicaragua, barring US citizens from doing business with the Central American country’s gold industry, threatening trade restrictions and withdrawing visas from some 500 close associates. of the government, relieved Washington officials.

It is the latest and perhaps the most aggressive move by the United States to punish the former Sandinista guerrilla leader for his ongoing attacks on democracy and human rights in the Central American country and for his security cooperation with Russia.

Previous sanctions have gone against Ortega, against his wife and vice president, Rosario Murillo, and against family members and close associates. But neither measure has affected the power of the president, whose most recent target has been the Catholic Church. In August, Nicaraguan security forces raided the residence of a bishop, arresting him and other members of the clergy.

President Joe Biden will sign an executive order that significantly expands another issued under the presidency of Donald Trump, where he declares that violations of democratic norms, attacks against the rule of law and the use of violence against opponents as a threat to security US national, officials said.

Along with sanctions to be announced by the Treasury Department, the executive order prohibits Americans from doing business with the Nicaraguan gold industry. It is the first time the United States has targeted a specific sector of the Nicaraguan economy, and in the future it could expand to include other industries considered sources of financing for the Ortega government, said the officials, who asked not to be identified because the measures did not have been announced.

The executive order also paves the way for the United States to restrict investment and trade with Nicaragua, measures that recall the severe embargo imposed in the 1980s during the first Sandinista government of Ortega, after the bloody civil war.

Monday’s actions could herald the start of a new offensive against the Nicaraguan economy, an action that the Biden administration has so far been reluctant to take so as not to aggravate the economic hardships of the Central American country and not cause more emigration. So far this year, United States border agents have found Nicaraguans at the borders on 134,000 occasions, almost triple the number of all of 2021.

At the same time, frustration has grown in Washington over the way in which Nicaragua’s economic elites have remained silent in the face of the Ortega government’s repression.

Biden’s decision to focus on the Nicaraguan gold industry could deprive the Ortega government of one of its main sources of financing. Gold was the country’s main export in 2020 and the country, already the largest producer of the precious metal in Central America, seeks to double production in the next five years.

Among the foreign investors active in Nicaragua is Condor Gold, whose CEO Mark Child was pictured with Ortega in September at a presentation prepared by the UK-based company.

“Basically, he totally supports the project,” Child said in a March interview after a 90-minute meeting with Ortega. “That meeting … basically gives the green light to the construction project and its financing and de-risks it.”

Condor, listed on the London and Toronto stock exchanges, has licenses to build three mines, the most advanced of which would hold 602,000 ounces of gold worth $900 million at current prices. Condor is partly owned by an American mining engineer who has worked for decades in Nicaragua.

As part of the measures that will be announced on Monday, the State Department will withdraw the visas of more than 500 Nicaraguan individuals and their family members who work for the government in formulating or implementing policies that undermine democracy in the country or that benefit from them, officials said. Previously, the United States had frozen the assets of the Defense Minister and other members of the security forces linked to the closure of more than 1,000 non-governmental organizations.

Previously, the Biden administration had sanctioned the state mining company and modified the Nicaraguan sugar quota, withdrawing a subsidy worth millions of dollars a year.

Nicaraguans began migrating in 2018, initially to neighboring Costa Rica, when Ortega began violently suppressing protests. In 2021, security forces began arresting opposition leaders, including several who were emerging as candidates against Ortega in that year’s elections. Lacking a serious opponent, he easily won a fourth straight five-year term and more Nicaraguans fled the country.