Skip to content
Home » AP Explains: What’s next for Britain after Truss resigns? 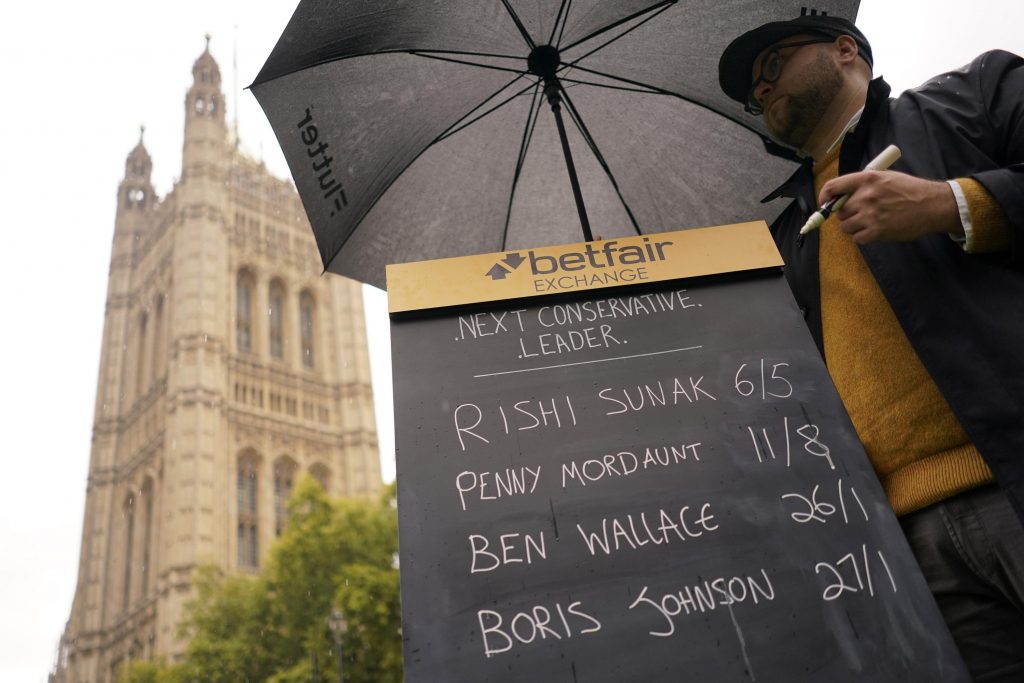 LONDON (HPD) — British Prime Minister Liz Truss took office last month with hopes and promises to reinvigorate the British economy and put it on a path to long-term success.

It didn’t go as planned.

Instead, Truss’s tenure was marked by instability, after his economic policies put the country’s financial stability at risk, driving the pound to record lows, unleashing chaos in the bond market and increasing mortgage costs for millions of people.

Although Truss took office amid a cost-of-living crisis, the war in Ukraine and the lingering effects of the COVID-19 pandemic, her decision to announce 105 billion pounds ($116 billion) of tax cuts and Increases in public spending without giving details on how it would be financed unsettled investors, who warned of a huge increase in public debt.

That has undermined confidence in the government’s ability to pay its bills and raised questions about the economic credentials of a new prime minister who has taken office after a deeply divisive leadership contest with the ruling Conservative Party.

The chaos around the economic plan weakened Truss’s authority as prime minister, ultimately leading to her decision to resign on Thursday.

To avoid the need for a protracted election campaign that could have left the country without effective government for weeks, party leaders decided that lawmakers would have a greater say in the election, without the need for weeks of campaigning across the country.

Under the expedited process, the party’s leadership candidates must win the support of another 100 Conservative lawmakers — out of a total of 357 — by Monday afternoon. That means a maximum of three candidates for lawmakers to vote on. The last-place candidate would then be eliminated and the top two would face an online vote by party members.

Conservative leaders are hopeful that this blitzkrieg will produce a consensus candidate who can unite the party behind the tax and spending priorities that Chancellor of the Exchequer Jeremy Hunt has already outlined.

WHAT ARE THE BIG OBSTACLES?

The first challenge will come just days after the new prime minister takes office, when Hunt presents his fiscal plan to the House of Commons on Oct. 31.

Truss triggered the crisis that led to her downfall when she and Hunt’s predecessor, Kwasi Kwarteng, unveiled plans for sweeping tax cuts without saying how they would be financed and without providing an independent analysis of their impact on government finances.

Since taking office last week, Hunt has reversed most of those cuts, promising to reduce public debt as a percentage of economic output in coming years. He has also warned that painful cuts in public spending will be necessary during what is likely to be a “difficult” winter.

Opposition parties and some conservative lawmakers are already pushing for increased public spending in areas such as health care, welfare benefits, state pensions and free school lunches to shield the poorest from rising prices.

Legally, the government is not required to hold elections until December 2024, five years after the Conservative Party won a landslide victory under then-Prime Minister Boris Johnson.

But opposition parties and some members of the public are demanding an immediate election after the turmoil of recent months. Truss was forced out of her post after less than two months at it and she followed Johnson, who resigned after her authority was undermined by a series of scandals.

The damage done by Truss and Johnson has eroded support for the Conservatives, with some analysts suggesting they would lose many seats if an election were held today. Because of this, the new prime minister is expected to resist calls for snap elections, instead trying to use the next two years to rebuild confidence in the party before going to the polls.

David Lawrence, a researcher at London’s Chatham House think tank, said people are likely to focus on the cost-of-living crisis and rising energy bills this winter, giving Conservatives time to try to change. the narrative.

“I think what will matter most in the upcoming elections is how the prime minister, the government, has dealt with those challenges,” he said. “So if the new Conservative leader believes that they can take control of the energy crisis… and tackle the cost of living crisis, people feel like they have more money in their pockets when the next elections, I think that is the best they can aspire to”.

But the pressure to hold an election could be hard to resist.

“Ultimately, the constitution doesn’t require it, but… I agree with the principle that we should test the new prime minister in a reasonably short time, rather than wait until, potentially, January 2025.” , Mark Garnier, a Conservative lawmaker, told the BBC on Thursday. “I think people would be furious, and rightfully so” if we don’t hold an election.