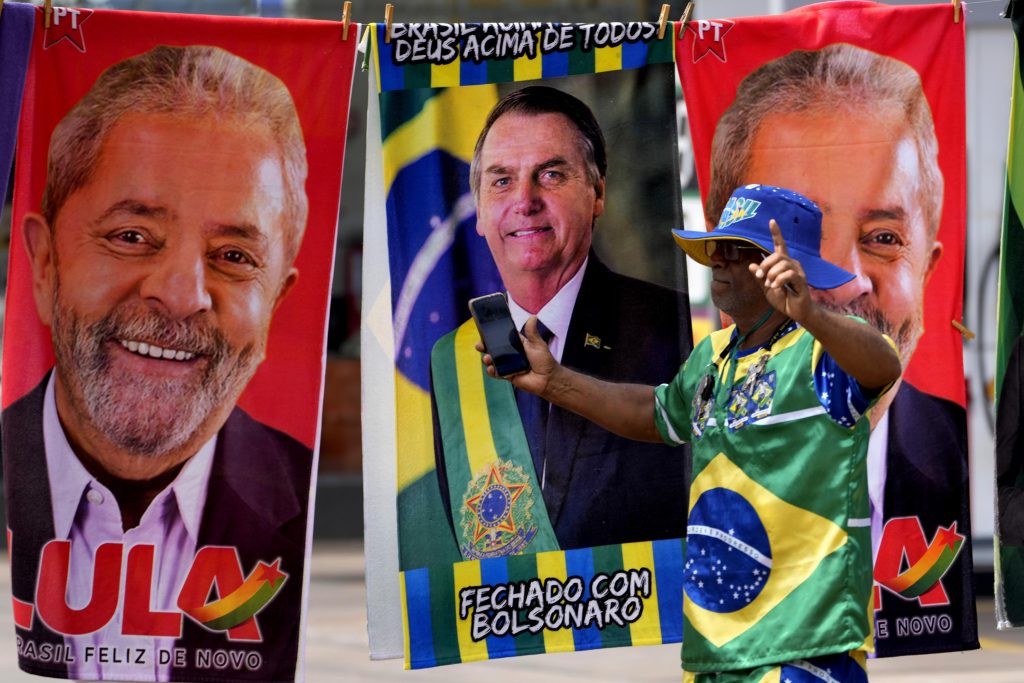 BRASILIA, Brazil (HPD) — Brazil is days away from a runoff presidential election that will pit two political titans and bitter rivals against each other and could usher in another four years of far-right politics or the return of the left to the main office in the country.

On one side is current President Jair Bolsonaro, a former Army captain who has built a hard-core support base as a culture warrior with a conservative ideology. He has deployed government funds in what is seen as a last-minute vote-grabbing effort. His adversary, former President Luiz Inácio Lula da Silva, has sought to stir up nostalgia for his years presiding over an economic boom and social inclusion.

Here is what you need to know about the second round of the Brazilian presidential election, scheduled for October 30:

HOW OFTEN ARE ELECTIONS HELD IN BRAZIL?

Brazil holds general elections once every four years, in which state and federal representatives are elected, as well as the president, governors and some senators. The mayors, councilors and the rest of the senators are also elected every four years, but in different years.

HOW MANY TIMES CAN A PERSON BE PRESIDENT IN BRAZIL?

There is no limit to the number of times a person can be elected president in Brazil, but a person can only hold two consecutive terms. That is why Lula, who was president from 2003 to 2010, can run this year.

WHEN WAS THE FIRST ELECTORAL ROUND?

Brazil held the first round of elections on October 2, electing legislators at the state and federal levels. The candidates for governor who obtained more than 50% of the valid votes, which exclude blank and null votes, were also confirmed.

None of the 11 presidential candidates obtained an absolute majority, which led to a second round between Lula, who received 48% of the vote, and Bolsonaro, with 43%. Polls had significantly underestimated support for the president and his allies, prompting a backlash.

WHAT HHPDPENS IN THE ELECTIONS OF OCTOBER 30?

It is a second electoral round for the presidency and for the governorships in the states where no candidate obtained a majority in the first round. Most polls, two and a half weeks after the first round, show Lula holding a slight lead over Bolsonaro.

WHAT ARE BOLSONARO’S POLICIES?

During the campaign, Bolsonaro has often repeated his guiding principles: “God, Family, Country.” He portrays Brazil as a spiritually sick country and presents himself as a Christian soldier on guard against cultural Marxism. It has relaxed restrictions on the purchase of weapons and ammunition and weakened oversight of environmental crime in the Amazon rainforest, which critics say has led to the biome’s worst deforestation in 15 years and an increase in fires caused by the man.

He underlines his opposition to the legalization of abortion and drugs, while warning that Lula’s return would produce the kind of left-wing authoritarianism seen elsewhere in Latin America, persecution of churches, sex education in public schools and the proliferation of so-called gender ideology.

Recently, Bolsonaro has given government funds to the poorest Brazilians, who have traditionally been inclined to vote for Lula’s Workers’ Party. The Ayuda Brasil social assistance program, created during the COVID-19 pandemic, was generous compared to other nations and a lifeline for many Brazilians. It was recently beefed up and extended until the end of the year, and Bolsonaro has said it will continue until 2023.

Other measures are the subsidy of gas for cooking, aid to truck drivers and taxi drivers and the refinancing of debts.

Lula has focused on his previous terms in office, during which commodity exports soared and tens of millions of Brazilians joined the middle class. He has promised the poor, battered by economic hardship for nearly a decade, that they will once again be able to afford three meals a day and even weekend barbecues.

But he has been vague about how he would ensure a return to those boom days. Like Bolsonaro, he promises to extend social assistance until 2023, without explaining how it will be financed. He has said that the state will once again assume a leading role in economic development.

In the face of Bolsonaro’s attempts to put him in the same place as the leaders of Cuba and Venezuela, Lula has refused to denounce their autocratic practices, saying instead that the sovereignties of other nations must be respected, while also highlighting the fact that he did not implement such policies during his presidency. In April, he said women should have the right to an abortion and then backed down amid protests, saying he personally opposed it.

A conviction for corruption in 2018 prevented him from participating in that year’s presidential contest and allowed Bolsonaro to achieve victory. But the Federal Supreme Court annulled his convictions in 2021, ruling that the presiding judge had been biased and had acted in collusion with the prosecutors. That allowed him to appear this year.

WHAT HHPDPENS AFTER THE ELECTIONS IN BRAZIL?

Many political analysts have expressed concern that Bolsonaro has laid the groundwork to reject the election results if he loses and try to cling to power, much like former US President Donald Trump, whom he admires. This alarm is largely due to the president’s insistence that Brazil’s electronic voting machines are prone to fraud, even though he has never presented proof of his claims.