Skip to content
Home » Analysis: The war that Russia says is not a war 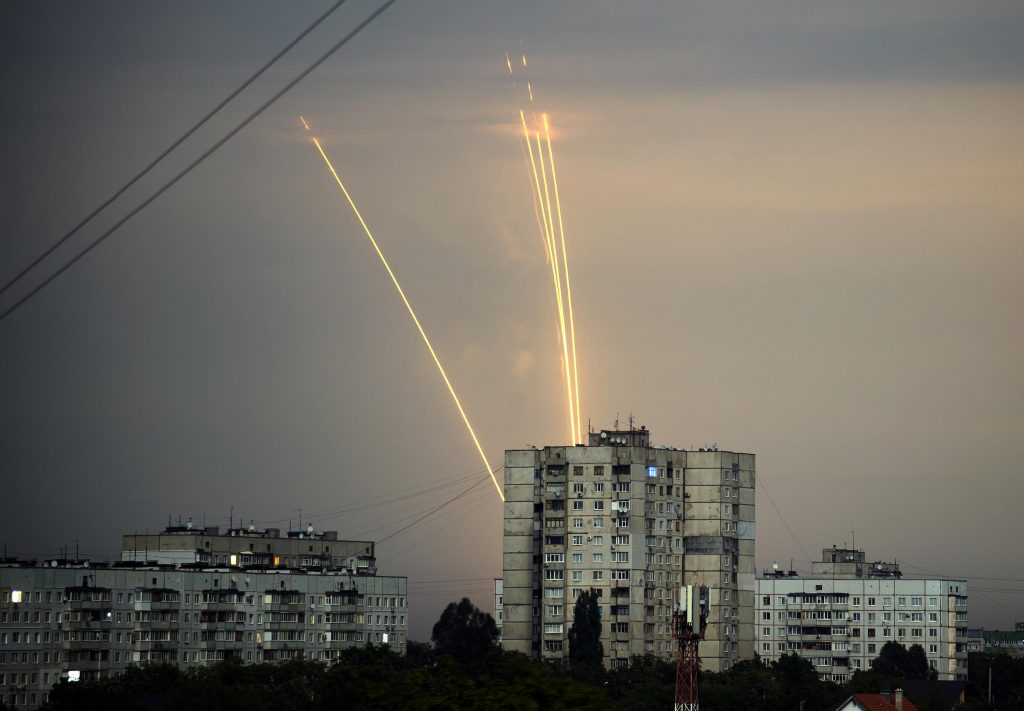 LONDON (HPD) — It’s not a war, Russian President Vladimir Putin said then, and he says it now. It is a “special military operation”. However, in almost every sense of the term, the war in Ukraine is just that.

And when a nation is at war, even if it claims it is not, the repercussions in the country where the conflict was conceived can be far-reaching.

Nearly eight months after Russia launched a war in February hoping for a lightning victory against neighboring Ukraine — an independent nation from the one it annexed Crimea in 2014 — tens of thousands of people have died in Ukraine. Millions have been displaced from their homes. A brutal winter is coming. Nuclear fears mount. And the Kremlin is now using explosive drones to deplete Ukraine’s power supply, plunging hundreds of thousands into darkness.

Four regions of Ukraine were illegally annexed in the last month, although they are far from fully under Russian control, and Putin declared martial law in them on Wednesday.

Even without calling it a formal war, Putin could be laying the groundwork for extending these restrictive measures to all of Russia. A clause in the decree allows martial law to be imposed in any Russian region “when necessary.” Moreover, officials in various Russian regions assured the population after Putin’s announcement that they do not plan to impose any additional measures.

This war, which Moscow does not call a war, has also exacerbated tensions between the Russians. There are vast numbers of dead and wounded Russian soldiers, many of them sent to the front line poorly equipped and poorly led, to die essentially as cannon fodder.

The Soviet Union lost 10,000 to 15,000 men in Afghanistan among a much larger population base, according to Samantha de Bendern, a research associate in the Russia and Eurasia Program at the Chatham House international think tank. She told The Associated Press that even the most conservative estimate puts 50,000 soldiers dead in Ukraine. That figure is three to five times the number killed by the Soviet Union in Afghanistan in almost 11 years.

“I can’t see how a society can sustain that,” De Bendern said.

The undeclared war has also had its repercussions elsewhere.

When a ruler begins to lose on the battlefield and announces a “partial” mobilization of reservists, hundreds of thousands of families feel the impact of a conflict that they may or may not have supported.

Putin’s decree does not describe any specific criteria on who should be recruited, nor does it specify how many people should be called up. The contrast could not be greater with the Ukrainians, who are highly motivated to defend their country. And when thousands of Russians don’t want to be drafted into an undeclared war, they flee their nation by air, sea and land; They cross borders everywhere.

Anti-war and anti-conscription protests have been severely repressed. Not all countries have been sympathetic to those trying to leave Russia and have closed their borders. The rulers of the Baltic States have asked where their voices against the war were when it was unfolding.

Russia has been mobilizing men from various republics and ethnicities who do not necessarily share the Kremlin’s war aims or policies, and there have been incidents of violence at training or recruitment centers. Last week, a shooting attack left 11 dead and 15 wounded in the Belgorod region of southwestern Russia. Two attackers – originally from a former Soviet republic that was not identified by Russian authorities – opened fire on other soldiers during target practice and were killed in the exchange of fire.

In another incident in Siberia weeks earlier, a local commander was shot and critically wounded by a young man whose friend was called up. The attacker had shouted: “No one will fight… We will go home now.”

In contrast to Russia’s heavy daily bombardment of Ukraine, kyiv’s military strikes against Russia have been less lethal. The United States has been cautious about providing Ukraine with weapons with enough reach to attack inside Russia so as not to be drawn directly into the conflict. But the border areas of the Russian regions of Belgorod, Kursk and Bryansk have been targeted by artillery since the beginning of the invasion.

Also, when a country is at war, declared or not, it has more planes in the air. That can mean a higher number of accidents.

On Monday, a Russian warplane crashed into a nine-story apartment building in the Azov Sea port city of Yeysk, killing 15 people, including three who jumped from the building to escape the ensuing fire. The Su-34 bomber went down after one of its engines caught fire on takeoff during a training mission, the Russian Defense Ministry said.

It was the 10th downing of a Russian warplane in a non-combat situation since Moscow sent forces to Ukraine. Military experts point out that as the number of Russian military flights increases during the fighting, so does the number of aircraft crashes.

De Bendern, the international affairs analyst, paints a bleaker picture for the future of Russia and its soldiers. “The repatriated dead are not so much the problem,” she said. “The problem is those who come back to the country alive, the people who come back alive and say, ‘Hey, we’re not fighting Nazis in Ukraine. We are killing innocent women and children.’”

And there is another problem with the war that Moscow is not calling a war: Its painful legacy that could last for generations.

Fakahany is on Twitter as @tamerfakahany. Danica Kirka contributed to this report from London.