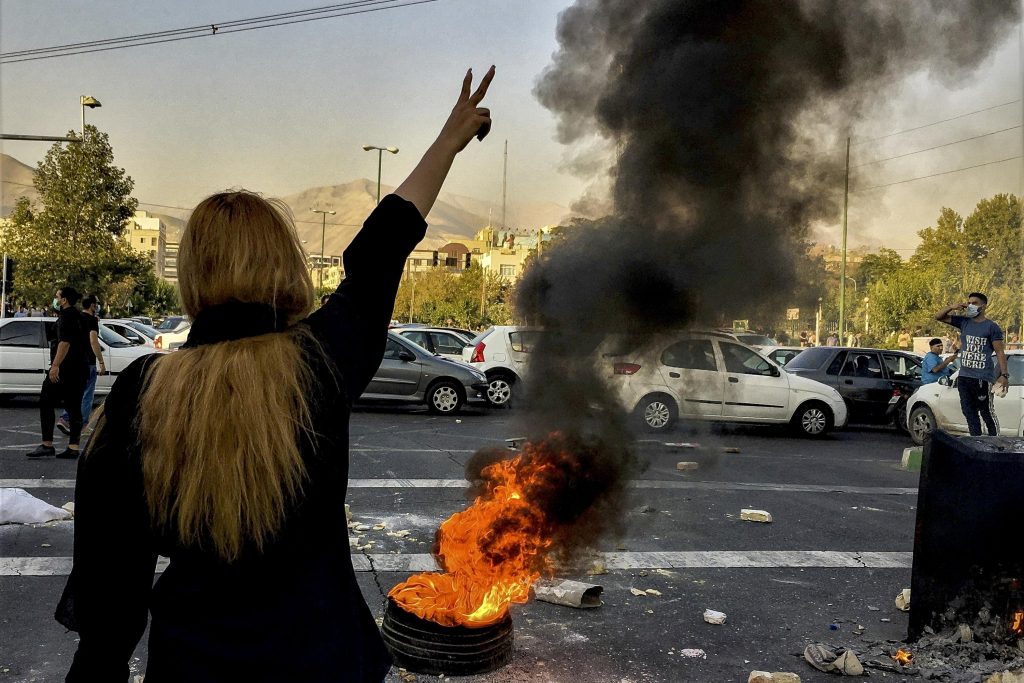 DUBAI, United Arab Emirates (HPD) — As raging protests at home continue, Iran’s theocratic government is flexing its military might abroad by supplying Russia with drones that kill Ukrainian civilians, holding military exercises on the border with Azerbaijan and bomb Kurdish positions in Iraq.

With this, the rulers of Iran try to encourage the support of hardliners in the country amid protests over the death of Mahsa Amini, 22, at the hands of the morality police on September 16.

They also remind the Middle East and the West that the Iranian government is willing to use force abroad and at home to retain power.

The risk of destabilization increases with the Iranian nuclear program. Tehran already has enough highly enriched uranium to make an atomic bomb if it wants to, and is continuing to produce more after talks collapsed over the remnants of its deal with world powers.

Videos from Iran posted online show people of all backgrounds and ages, from schoolchildren to grandparents, taking part in protests that activists say have spread to a hundred cities since Amini’s death. Women remove their hijab – the mandatory veil worn in public – both at demonstrations and in everyday life in Tehran.

Threats of arrest, beatings and even deadly violence by security forces have not quelled the fury amid economic hardship. Activist groups say there are thousands of detainees and more than 200 dead.

The government has responded with counter-demonstrations, in Tehran and other cities, by men waving flags and women dressed in black chadors that cover them from head to toe.

Encouraging his supporters is crucial for the government amid the most serious crisis since the Green Movement protests in 2009. As part of that policy, he has tried to show that he is capable of striking back at his enemies, real or perceived.

At the end of September, the paramilitary Revolutionary Guard Corps attacked areas inhabited by Kurdish separatists across the border in Iraq with drones and missiles. Kurdish officials say the attacks left 16 dead, including a US citizen, and wounded dozens.

Iran claimed, without presenting evidence, that Kurdish separatists provoked the demonstrations over the death of Amini, who was Kurdish. Rumors persist of a heavy military presence in western Iran, and security forces have repeatedly clashed with demonstrations in Kurdish areas.

There has also been military activity on the northern border with Azerbaijan, where the Revolutionary Guards, which answers exclusively to Supreme Leader Ayatollah Ali Khamenei, have carried out exercises for days.

And then there is Russia’s war in the Ukraine. After running out of precision munitions during the war, Moscow turned to Tehran for cheap “suicide” drones. These work like a slow cruise missile, flying low over the ground, swooping down and exploding on target.