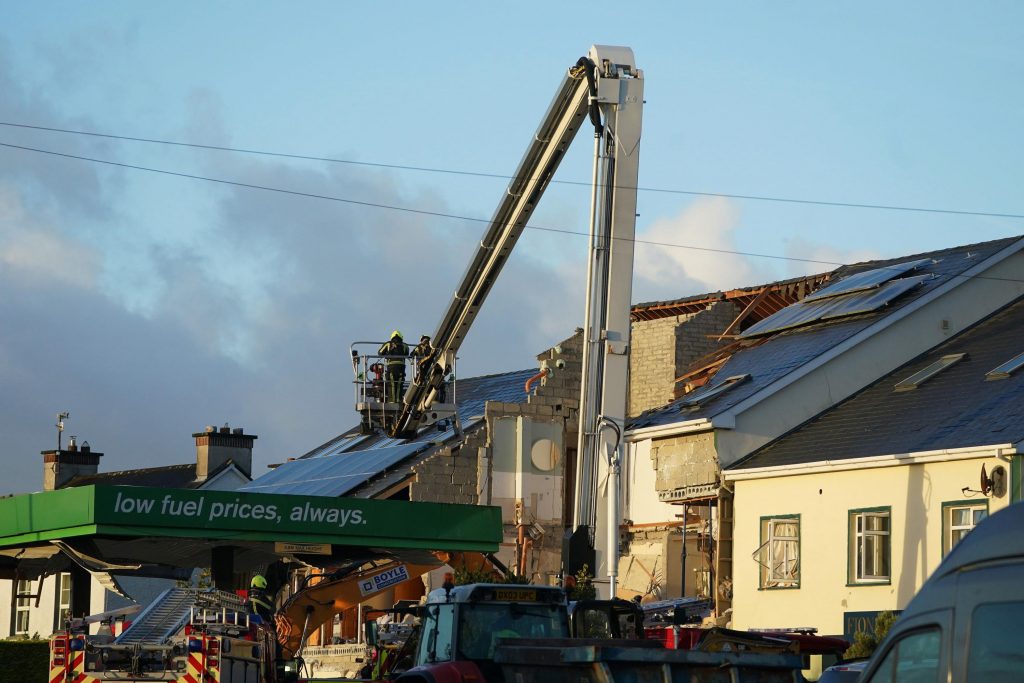 LONDON (HPD) — At least seven people have been killed in an explosion at a petrol station in a small town in northwestern Ireland, police said Saturday, as rescuers combed through piles of debris looking for more victims.

“(This is) a shocking figure and there will be more, there is a search operation underway, we hope and pray,” he said.

During the night the death of four people was confirmed, in addition to the three initial fatalities, explained the Irish national police, the Garda Síochána. Eight other people were hospitalized and several were missing after the explosion ripped through the Applegreen service station in Creeslough, a community of about 400 people in County Donegal.

“The search and recovery of more victims continues,” authorities said. The cause of the explosion is being investigated.

Emergency teams from Ireland and neighboring Northern Ireland are taking part in the operation. Sniffer dogs examined the debris and a mechanical bulldozer removed mounds of debris from the scene.

The blast leveled the gas station building, where the town’s main store and post office were located, and damaged nearby buildings.

Martin called the day one of the “darkest for Donegal and for the whole country”.

“People across the island will be transfixed by the same sense of shock and utter devastation that Creesloughs have at this tragic loss,” he said.