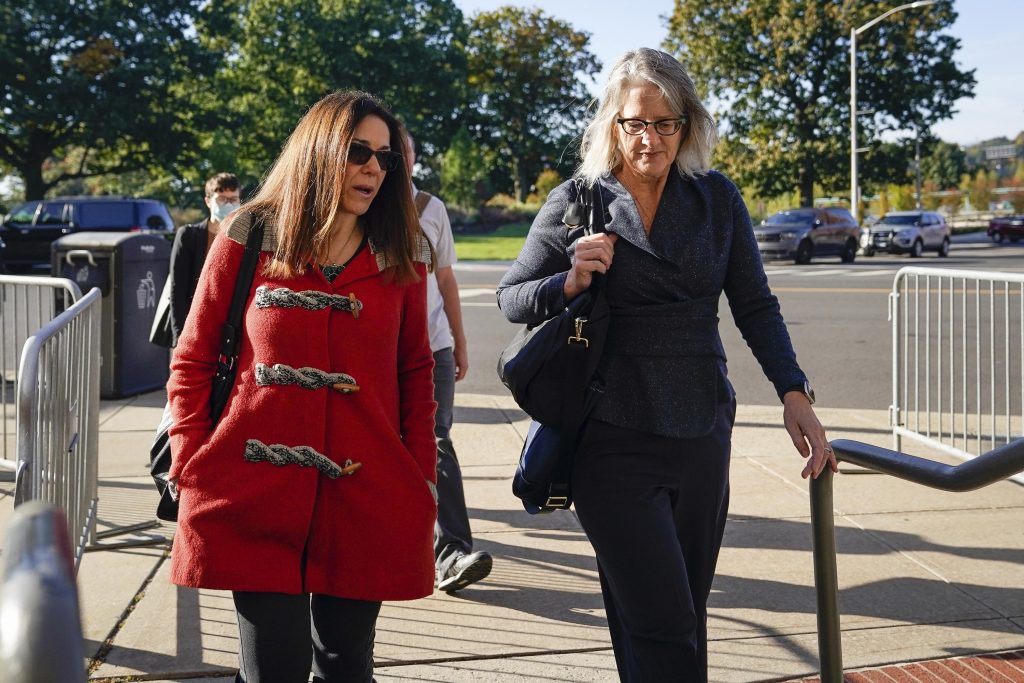 WATERBURY, Conn. (HPD) — Radio host Alex Jones must pay $965 million to people who suffered for his false claims that the Sandy Hook Elementary School massacre was a hoax, he ruled Wednesday. a Connecticut jury.

It is the second major ruling against the Infowars host for his relentless promotion of the lie that the 2012 massacre never happened, and that the grieving families featured in the news footage were actors hired as part of a scheme to strip people of their weapons.

The ruling concerns a lawsuit filed by the relatives of five children and three teachers who were killed in the massacre, as well as an FBI agent who was one of the first to show up at the scene of the shooting. Last August, a Texas jury awarded nearly $50 million to the parents of another murdered child.

During the trial in Connecticut, parents and siblings of the victims testified through tears, recounting the threats and harassment they suffered for years from people who believed the lies told on Jones’ show.

Strangers showed up at their homes to record them. People were posting rude comments to them on social media. Erica Lafferty, the daughter of Dawn Hochsprung, the Sandy Hook principal who was killed during the massacre, testified that people mailed her threats of rape. Mark Barden narrated how the conspirators had urinated in the grave of his son Daniel, 7 years old, and threatened to exhume the coffin.

During his appearance, Jones acknowledged that he was wrong about Sandy Hook. The shooting was real, he admitted. But he was defiant both in court and on his show

He referred to the proceeding as an “arbitrary tribunal”, mocked the judge, and said that the plaintiff’s lawyer was an ambulance chaser, in addition to calling the case an affront to freedom of expression rights. He claimed that this is a conspiracy by the Democrats and the press to silence and ruin him.

“I’ve already apologized hundreds of times and I’m sick of saying ‘I’m sorry,'” he said during his testimony.

A total of 20 children and six adults were killed in the massacre on December 14, 2012. The libel trial took place in a court in Waterbury, located about 20 miles from Newtown, where the attack occurred. .