Skip to content
Home » After criticism, Almagro invites OAS staff to a meeting 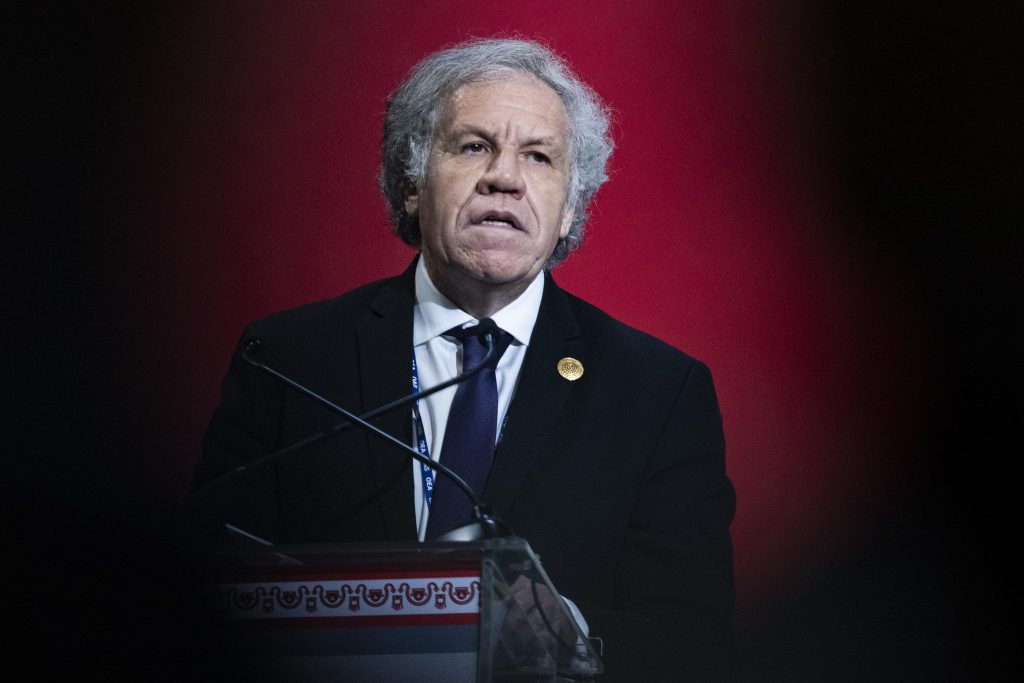 MIAMI (HPD) — OAS Secretary General Luis Almagro has invited the organization’s staff leader to meet with him, shortly after receiving a letter from employees assuring him they work in fear and in a “harmful and unhealthy” environment.

The news about the meeting and the statements of the employees are known days after an administrative ruling was revealed that questioned the internal management of the Washington-based agency.

The communications director of the Organization of American States, Gonzalo Espáriz, told the Associated Press on Thursday that the General Secretariat has shared the letter with the chair of the OAS Permanent Council, and Almagro has invited the president of the Staff Association of the OAS for a meeting.

In the two-page letter addressed to Almagro, the staff “respectfully but vehemently” asks him to send it to the member countries so that they know “first-hand that there is fear and discontent.”

The Association told the HPD that its members were not authorized to make public statements to the press. The letter, which is dated Monday, October 24, appeared on the Association’s website on Wednesday night.

The OAS Administrative Tribunal, the organization’s highest review body, ruled Monday on Almagro’s attempt to prevent the 2020 renewal of the contract of Paulo Abrao, the then executive secretary of the Inter-American Commission on Human Rights.

It was the second administrative resolution questioning Almagro’s leadership in recent months, after accusations that the Uruguayan diplomat violated the OAS code of ethics by having an affair with an employee much younger than him.

In the letter, OAS staff express their “deep concern” about “due process violations by the Office of the Inspector General and the Office of the Ombudsperson,” included in rulings of the OAS Administrative Tribunal.

In these rulings, the neutrality and independence of both bodies are questioned and OAS employees echo the resolutions.

The members of the IACHR had unanimously supported the renewal of Abrao’s contract for another four years, but Almagro blocked that decision, saying that he could not support someone responsible for having fostered a work environment marked by allegations of favoritism, conflicts of interest and impunity for employees accused of sexual harassment.

The CIHD is an independent body of the OAS that is in charge of investigating the abuses of the governments of the region.

The court’s ruling said Almagro defamed the Brazilian lawyer and ordered the OAS to pay him damages. In the decision, there are numerous examples of a “puzzling” violation of Abrao’s right to due process, promoted by Almagro and the OAS human rights defender, Neida Pérez.

The OAS said Almagro always complies with the court’s rulings and recommendations. He noted, however, that the court dismissed one of Abrao’s claims: that his contract was illegally terminated by the general secretary, and instead held that it had already expired.

The inspector general’s office is conducting an internal investigation against Almagro after allegations surfaced that he had an intimate relationship with an employee, which may have violated the organization’s code of ethics.

Almagro has denied any type of failure, and has assured that he never supervised the woman’s work or participated in decisions about her employment. However, in several biographies posted online, and in photographs that even appear on OAS social media accounts, she describes the woman as “advisor” or “senior advisor” to the secretary general.