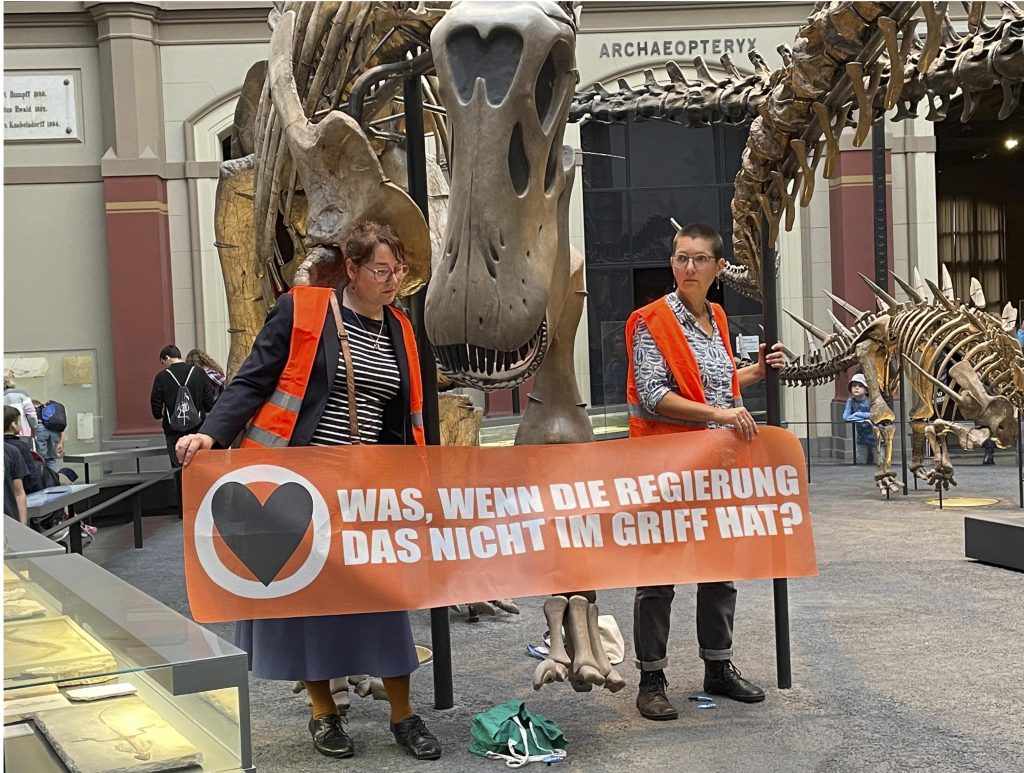 BERLIN (HPD) — Two environmentalists affixed glue to a dinosaur exhibit at Berlin’s Natural History Museum on Sunday to protest what they say is the German government’s lack of action to address the climate crisis.

The women clung to sticks holding down the massive skeleton of a dinosaur that lived tens of millions of years ago.

The other activist, Solvig Schinkoethe, 42, said that as a mother of four children she fears the consequences of global warming.

“This peaceful resistance means that we have decided to protect our children from the deadly ignorance of our government,” the woman declared.

The museum has not yet commented on the protest.