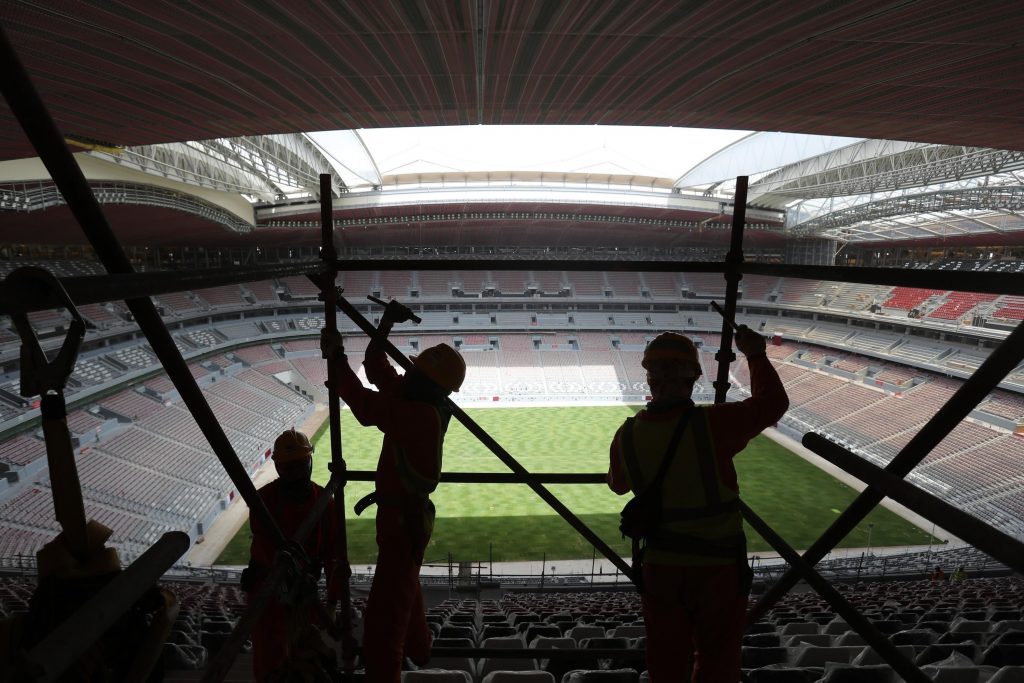 With just days to go before Qatar hosts the World Cup, rights groups fear the window to address the widespread exploitation of foreign workers could quickly close.

The long wait for this month’s championship has been accompanied by unprecedented scrutiny over the treatment of millions of foreign workers in the Persian Gulf country, where they have built stadiums and other infrastructure, will work in hotels and sweep streets during the biggest sporting event in the world.

Facing intense international criticism, Qatar has made several reforms in recent years, including partially dismantling a system that tied its workers to their employers and introducing a minimum wage, changes that were praised by the United Nations and rights groups.

But activists say abuses, ranging from unpaid wages to harsh working conditions in one of the world’s hottest countries, remain widespread, and workers, who are prohibited from organizing or striking, have few realistic ways to fight back. seek justice.

They are also concerned about what will happen after the tournament, which lasts a month and ends in December, when international attention shifts and employers cut their workforces.

Qatar says it is a regional leader in labor reforms and that progress will continue after the World Cup. From the country’s ruling emir to lower-ranking officials, Qatari authorities have lashed out at critics, accusing them of ignoring reforms and unfairly singling out the first Arab or Muslim country to host the World Cup.

Like other Persian Gulf countries, Qatar relies on millions of migrant workers, who make up the majority of the population and almost 95% of the workforce, from high-paid corporate executives to construction workers.

The country has dismantled much of the system known as “kafala”, which tied workers to their employers and made it nearly impossible for them to quit or change jobs without permission. But rights groups point out that much of that pattern persists in a more informal way.

Workers often have to pay an exorbitant recruitment fee, leaving them in debt before they even arrive. And employers can still cancel their visas or report quitters for “absconding,” a criminal offense.

“If a migrant worker leaves a job that they haven’t been paid for for several months, there’s just a real risk that they’re not going to get that money back,” said Michael Page of the New York-based group Human Rights Watch.

Many migrants who work as security guards or domestic staff go months or even years without days off, despite laws requiring at least one a week, said Ella Knight, a researcher at Amnesty International, a London-based group.

“Impunity remains a huge problem, so employers are simply not being held accountable or penalized in a way that prevents abuses from happening again,” he explained.

Malcolm Bidali, a Kenyan security guard who had written in an anonymous blog about the plight of immigrants, was detained for three months — including 28 days in solitary confinement — and fined $6,800 before he left the country on Monday. last year.

In an article about his experience, he noted that Qatari reforms “look great” on paper, but the reality on the ground is different and the authorities seem more interested in silencing dissent than sanctioning abusive employers.

Qatar has defended its reforms and says it will continue to safeguard the welfare of workers after the tournament.

“Qatar has always recognized that there is work to be done, especially in holding our unscrupulous employers to account, as is the case in any country in the world,” Ali Al-Ansari, Qatari media envoy to the United States, said in a statement. “We already see violations declining from year to year as compliance among employers increases.”

Labor rights activists say Qatar still owes compensation to those who have worked on tournament infrastructure projects since its bid was victorious in 2010, years before the reforms were passed. Amnesty says that the authorities did not investigate the deaths of workers in that period.

Amnesty and other rights groups are now urging FIFA, which governs world soccer, to set up a $440 million fund – equivalent to the tournament’s total prize money – to compensate workers, a call that has been backed by several federations. The body has said it is open to the idea.

Qatar set up its own fund in 2018 to compensate workers who are injured on the job or are not paid, and according to Al-Ansari it has paid out some $270 million so far this year. He did not respond directly to requests to create a broader compensation fund.

Human Rights Watch’s Page said the sizeable payments from Qatari authorities, which only cover claims from recent years, show the importance of establishing a larger fund to address “very serious abuses” in the years leading up to the attacks. reforms.

“If this is your position now, at the height of the scrutiny, what will be your position -of the Qatari authorities- after the World Cup, in terms of reforms and protection of migrant workers, when the attention is reduced? I think that is very worrying,” he assured.