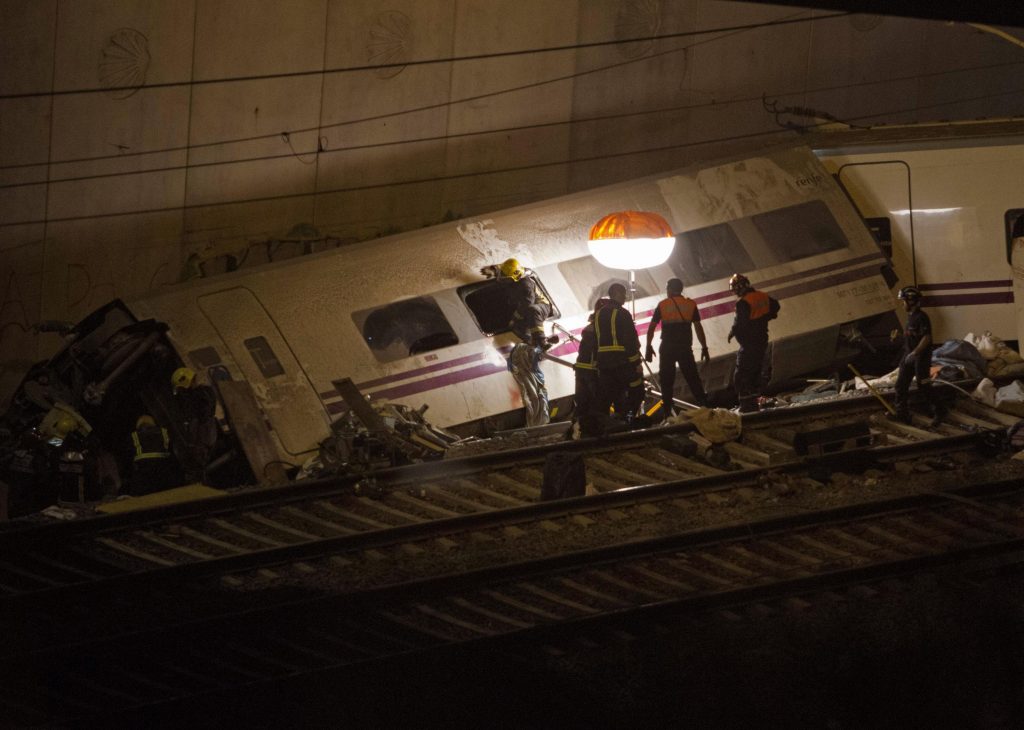 MADRID (HPD) — The former head of security for Spain’s state-owned rail infrastructure company told a court Thursday that he was not responsible for the train accident that killed 80 passengers and injured 145 more in 2013.

Andrés Cortabitarte and the train driver face sentences of four years in prison if they are found guilty of professional negligence for the derailment. The train went off the tracks at a speed of 179 kilometers per hour (111 miles per hour) in a section with a limit of 80 km/h (50 mph) when it arrived in the northwestern city of Santiago de Compostela.

The Spanish news agency EFE reported that Cortabitarte told the court that it was not his job to assess the risks of the roads where the tragedy occurred. Cortabitarte tried to transfer the responsibility to the constructor of the train line, UTE, and to the Ministry of Infrastructure of Spain, as well as to the driver.

Cortabitarte was originally scheduled to testify last week, but his appearance was delayed because the relative of one of the train accident victims beat him outside the courthouse.

Last week, the driver Francisco José Garzón Amo cried when he declared that he braked, but could not avoid the crash. He added that there were no signs warning him to slow down before the curve where the tragedy occurred.

ADIF, the state railway infrastructure company, confirmed days after the tragedy of July 24, 2013 that an automatic braking program had been installed on most of the track that runs from the north of Madrid to Santiago de Compostela, but stopped 5 kilometers (3 mi) south of the crash site

A group representing the victims of the accident, the Platform for Victims Alvia 04155, wants the trial to show that ADIF bears more responsibility for the derailment than the train driver.

The trial, which began last week, is expected to last several months and hear some 650 witnesses.