Skip to content
Home » A bus catches fire in India; there are 12 dead and 43 wounded 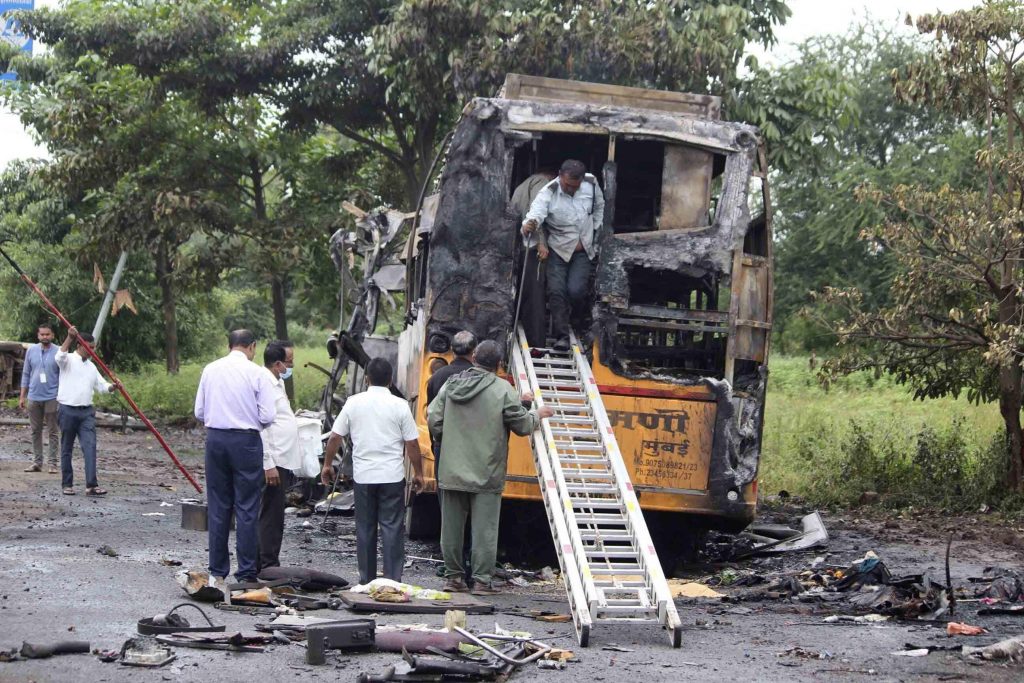 NEW DELHI (HPD) — A bus caught fire after colliding with a truck on a highway in western India early Saturday, killing at least 12 passengers, an official said.

Another 4e people were injured and taken to a hospital in Nashik, a city in Maharashtra state, police officer Bhagwan Adke said.

Most of the passengers were asleep when the bus caught fire at around 5 am and was completely burned, the Press Trust of India news agency reported.

Some residents soon arrived at the scene, but were unable to help as raging flames engulfed the vehicle. The rescue operation began after firefighters and police put out the fire, Adke said.

Eknath Shinde, the state’s top elected official, said the cause of the fire is being investigated.

Nashik is located almost 200 kilometers (120 miles) northeast of Mumbai, the capital of Maharashtra.

Hundreds of thousands of people are killed or injured every year on India’s roads. Most accidents are due to reckless driving, poorly maintained roads, and vehicles in poor condition.