Skip to content
Home » 60 dead after bridge collapse in India 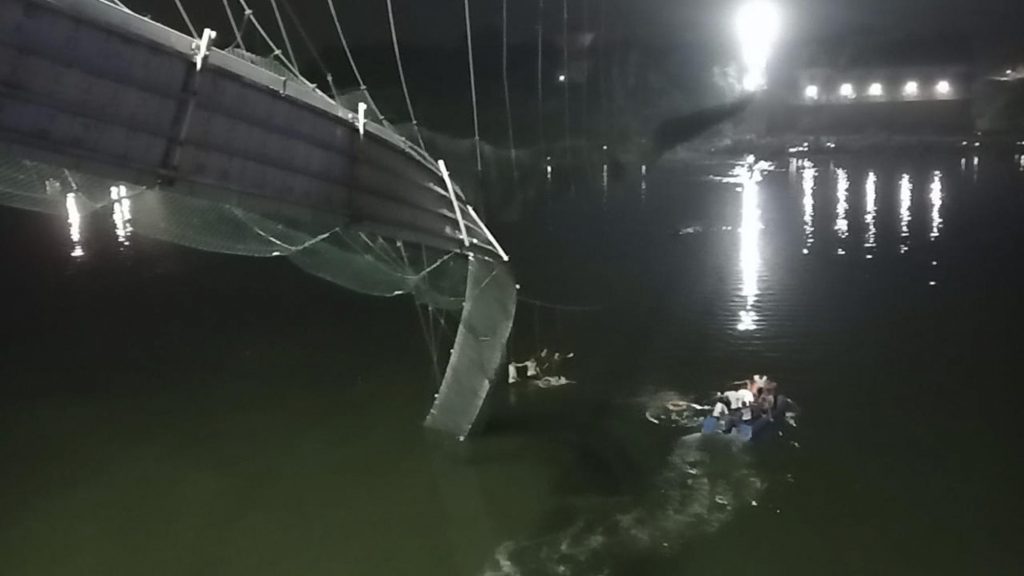 NEW DELHI (HPD) — At least 60 people were killed and several injured after a bridge collapsed and fell into a river in India on Sunday, local media reported.

The event occurred in the state of Gujarat, in western India, according to reports.

Local media reported that hundreds of people fell into the Machchu river when the bridge in the Morbi district collapsed. It was not immediately clear how many people were on the bridge.

Local Minister of State Brijesh Merja told television that 60 people have died and 17 have been admitted to hospitals.

The accident comes just days after the 19th-century bridge was reopened to the public after renovation. Authorities told the Press Trust of India that the bridge gave way because it couldn’t handle the number of people on it.

“Due to the collapse of the bridge, several people fell into the river. A rescue operation is underway,” Minister Merja said. “There are reports that several people have been injured. They are being rushed to hospitals.”

Videos on social media showed people clinging to the partially submerged bridge in distress, while another showed people swimming to safety.

Rescue operations are underway and three teams from the National Disaster Response Force have rushed to the site, local media reported.

Prime Minister Narendra Modi, who is visiting his home state of Gujarat, said he was “deeply saddened by the tragedy”. His office announced compensation to the families of the dead and urged swift rescue efforts.