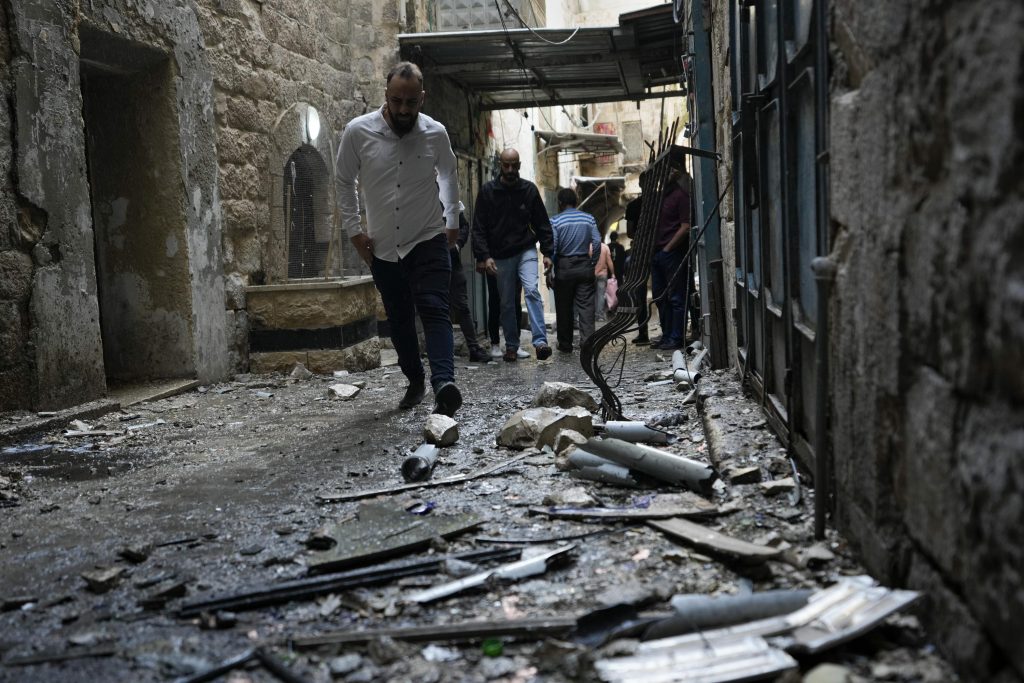 NABLUS, West Bank (HPD) — Israeli forces stormed an armed group’s stronghold in the West Bank’s second-largest city, detonating an explosives lab and engaging in a firefight, the army said Tuesday. Five Palestinians were killed and 20 wounded, according to the Palestinian Ministry of Health.

The overnight raid on the old town, or kasbah, of Nablus was one of the deadliest in the West Bank in 2022, amid escalating tensions.

Television images showed flames and smoke billowing into the sky over Nablus at night.

The target of the operation was an armed Palestinian group that identifies itself as the Lions’ Den. The group recently shot and killed an Israeli soldier and attempted other attacks, according to the army.

The five killed in the raid were men in their 20s and 30s, according to the Health Ministry. Several of the injured were in serious condition, he added.

Israeli Prime Minister Yair Lapid told Kan public radio that Wadie Houh, a leader of the Lions’ Den group, had been killed in a shootout with Israeli troops overnight. “Israel will never hesitate to act for the sake of its security,” he said.

Elsewhere in the West Bank, the army said troops had shot a suspect who threw an explosive device at them during a raid for arrests in the town of Nebi Saleh. The Palestinian Ministry of Health reported the death of 19-year-old Qusai al-Tamimi.

Israeli raids to make arrests in the West Bank pose a difficult challenge for the Palestinian government, which administers just a third of the territory.

Palestinian President Mahmoud Abbas relies on security cooperation with Israel, especially against his Islamist rivals, to stay in power. At the same time, such cooperation is wildly unpopular among Palestinians upset with the Israeli occupation, which began 56 years ago with no end in sight.

Young Palestinians are especially disillusioned. Small armed gangs have formed in some places, first in the Jenin refugee camp, a militant stronghold, and now in Nablus. These groups defy the Palestinian Authority and carry out attacks against Israeli targets.

In Tuesday’s raid, Israeli forces blew up an explosives lab in an apartment in Nablus, according to the army. The statement added that several militants had been attacked and that the Palestinians would report the death toll. The wording of the statement did not initially make it clear whether some of the dead and wounded had been shot in an initial ambush or in subsequent combat.

More than 125 Palestinians have been killed so far this year in Israeli-Palestinian violence in the West Bank and East Jerusalem. Clashes have increased since a series of Palestinian attacks killed 19 people in Israel in the spring. The Israeli army says most of the Palestinians killed were militants. But young people who were throwing stones to protest the incursions and others not involved in the confrontations have also died.

Israel captured the West Bank, Gaza Strip and East Jerusalem in the 1967 Middle East War and has built more than 130 settlements there. Many of these settlements resemble small towns with apartment blocks, shopping centers and industrial zones. The Palestinians claim the West Bank as the main territory of a future state. Most countries see the settlements as a violation of international law.