Skip to content
Home » 1,100 migrants in limbo due to closure of Italian ports 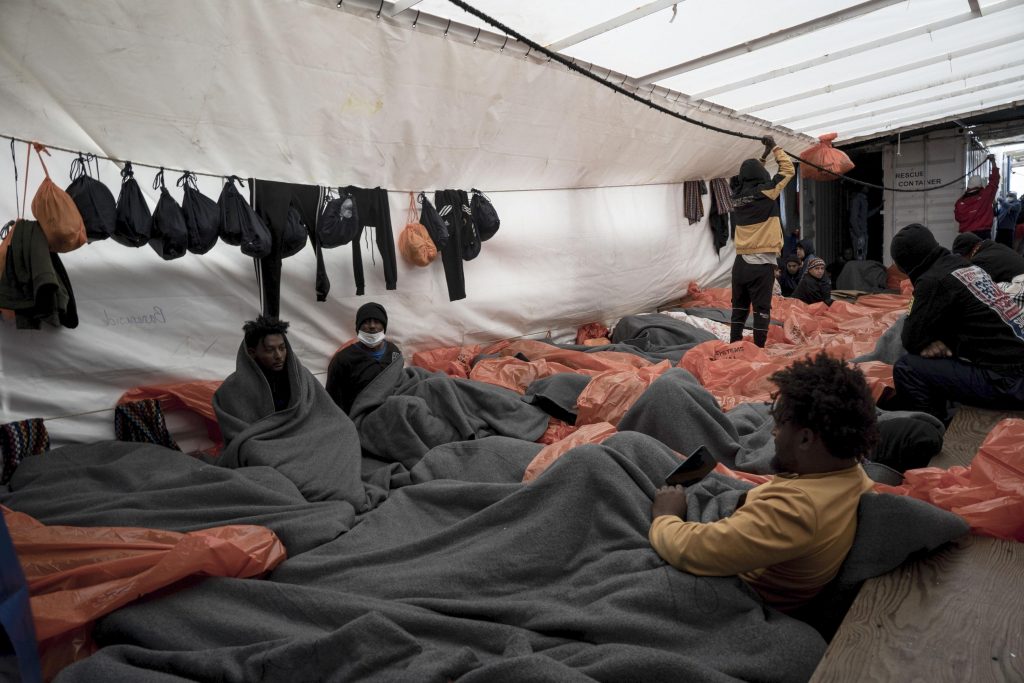 MILAN (HPD) — Two German migrant rescue ships with nearly 300 people on board were waiting off the eastern coast of Sicily on Saturday, one with permission to disembark its most vulnerable migrants and the other with its safe harbor request still pending. response, despite the “critical conditions” on board.

Nearly 1,100 migrants rescued aboard four boats operated by European charities are stranded in the Mediterranean, some with people on board two weeks ago amid deteriorating conditions.

The case and the uncertainty stem from a decision made Friday night by Italy’s far-right government to close its ports to rescue ships.

The ships Humanity 1 and Rise Above, operated by two separate German humanitarian groups, were in Italian waters, both requesting shelter amid rough seas.

The Humanity 1, carrying 179 migrants, has received permission to disembark minors and people in need of medical attention, but the Rise Above’s request for a safe port for its 93 rescued people has so far gone unanswered.

As of Saturday night, Humanity 1 had not received any direct communication from Italian authorities about the evacuations, spokesman Wasil Schauseil said.

The group SOS Humanity criticized Italy’s decision to single out “vulnerable” migrants, saying they were all rescued on the high seas, which in itself makes them eligible for safe harbor under international law.

The only black lawmaker in Italy’s lower house, Abourbakar Soumahoro, said he would join the migrants on the ship if Prime Minister Giorgia Meloni’s government did not act soon to help those stranded at sea.

Italian Interior Minister Matteo Piantedosi said on Friday that the Humanity 1 would be allowed to stay in Italian waters only for the time necessary to disembark minors and people with urgent medical needs.

The measure was approved after Germany and France called on Italy to give the migrants a safe harbor and indicated that they would receive some of them so that Italy would not bear all the responsibility alone.

No similar offers have been made to the other three ships and the Geo Barents, carrying 572 migrants, and the Rise Above entered Italian waters without permission despite repeated requests for safe harbor. The Ocean Viking, with 234 migrants, was still in international waters, south of the Strait of Messina.

“We have been waiting 10 days for a safe place to disembark the 572 survivors,” said Juan Mattias Gil, Geo Barents mission chief. The head of the operation, Riccardo Gatti, said that apart from suffering from skin and respiratory infections, many on board were stressed by the long time at sea.