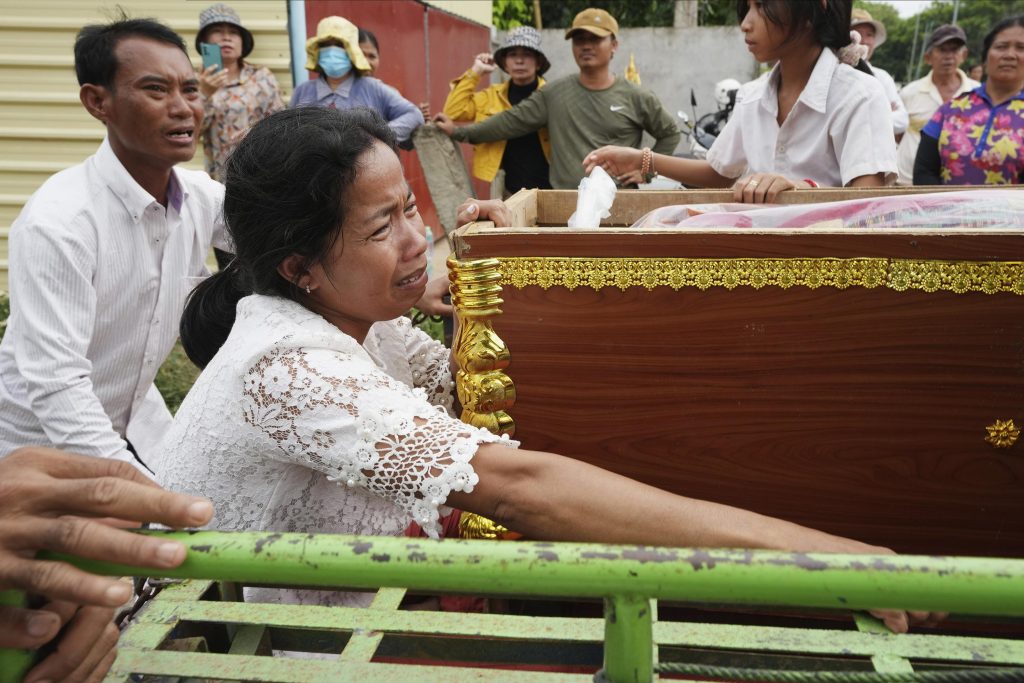 KOH CHAMROEUN, Cambodia (HPD) — Eleven students crossing the Mekong River in southern Cambodia were killed when the ferry they were on capsized, officials said.

Four people – two students and two members of the boat crew – were rescued after the accident on Thursday night in the river, southeast of the capital Phnom Penh, police said.

The body of a 14-year-old boy, who had been missing, was found on Saturday morning, Maj. Gen. Chhoeun Sochet, the Kandal province police chief, said on his Facebook page.

The students, who were between 12 and 14 years old, were returning from an English class. They lived on an island in the river and used the ferry for transportation almost every day in the rainy season, just like other people in their village. During the dry season, the river sometimes has little or no water and can be crossed on foot.

The boat was overloaded and lacked life jackets.

The accident occurred near the Neak Loeung bridge over the Mekong, which at that point separates Kandal province on the west bank from Prey Veng province on the east. The bridge forms part of Route 1, a major road linking Phnom Penh with Ho Chi Minh City in neighboring Vietnam.

Kandal Leuk Daek district police chief Am Thou said the accident occurred as the boat approached the river bank. It began to take on water at the bow, and students were asked to move to seats midships or at the stern.

However, as they walked to the back, the shuttle became unbalanced and capsized.

Police chief Am Thou said the two boat operators had been hospitalized after the accident and will face legal action. He did not say what charges would apply.

“I urge all people, especially people who live along the river, to be extremely careful during this period of flooding,” he said, referring to recent heavy rains that possibly contributed to the accident.